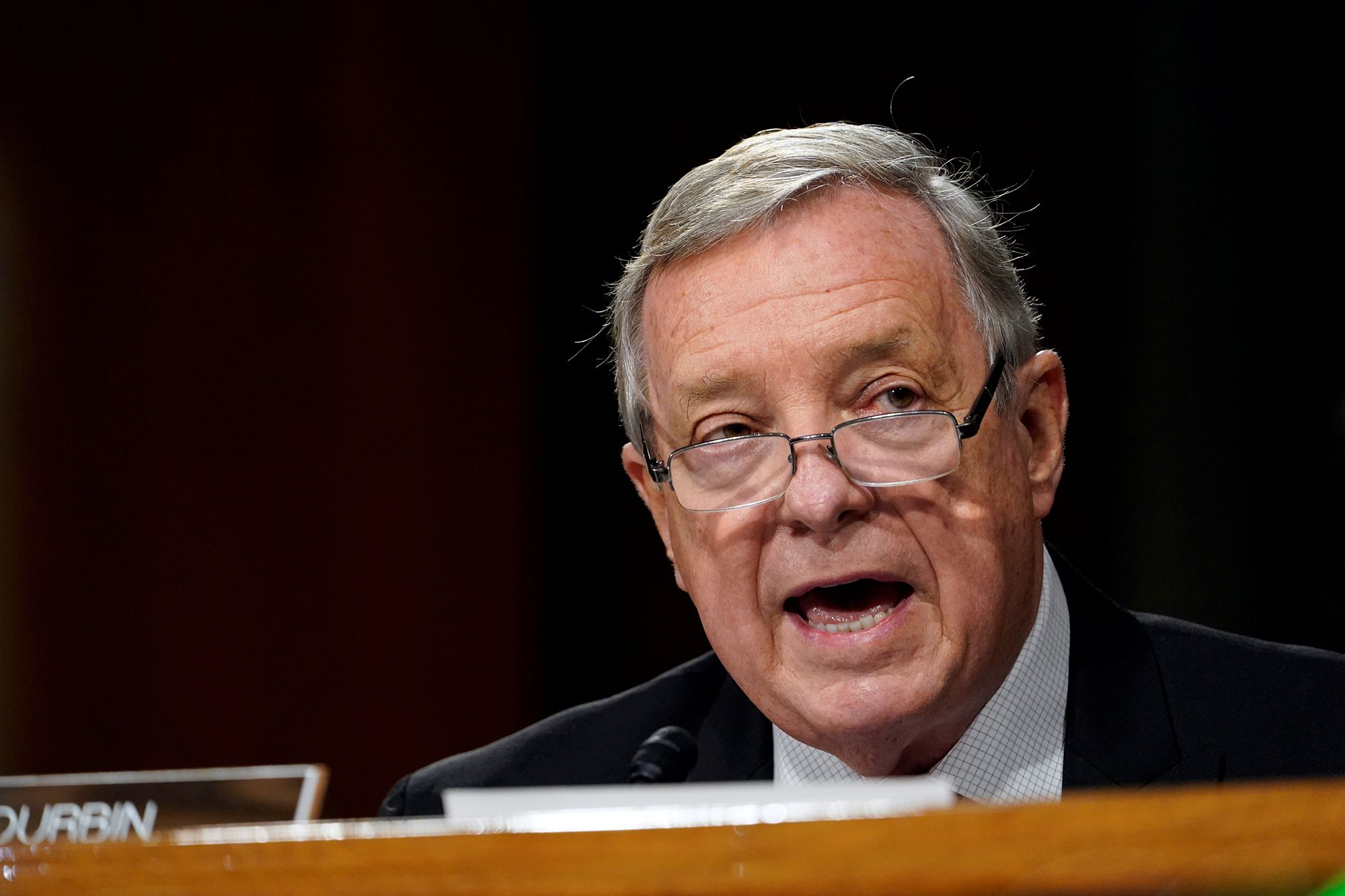 “We have to roll up our sleeves and get to work on undoing the damage of the last four years and protecting fundamental civil and human rights,” Durbin (D-Ill.) said in a statement announcing his intentions.

Feinstein framed her decision to leave her post as a way to better focus on specific policy areas for her state.

In his statement, Durbin thanked Feinstein “for her distinguished leadership on the Judiciary Committee during turbulent years.”

The Illinois Democrat, the No. 2 Democrat on the Committee and in the Senate, went on to decry his GOP colleagues and their handling of the committee in the Trump era.

“For the last four years, Republicans leading the Senate Judiciary Committee have turned a blind eye to the worst abuses of the Trump era. While President Trump assaulted the Constitution, the Judiciary Committee abdicated its oversight responsibilities and became little more than a conveyor belt to rubberstamp ideological and largely underqualified judicial nominees,” the statement read.

“The to-do list for the Senate Judiciary Committee is long, and of critical importance to the future progress of our country.”

Durbin, like Feinstein, has served on the powerful committee for decades. Leadership have the ability to confirm or deny judicial appointments and have oversight authority over the Justice Department.

If Democrats are victorious in the two upcoming Jan. 5 Senate run-offs and regain control of the upper house of Congress, Durbin will be one of the most powerful lawmakers in the chamber.

The current Senate Judiciary Chairman is Sen. Lindsey Graham (R-SC), who will return the party’s leadership post to Sen. Chuck Grassley (R-Iowa) regardless of which side takes the majority.

Ahead of the 2020 election, multiple progressive groups had called on Democrats to remove Feinstein from her powerful position if the party retook control of the Senate.

Just prior to the hearings, multiple Democratic senators spoke anonymously to Politico about their concerns over Feinstein, specifically about her being up to the task of a bruising Supreme Court fight.

The group of senators were also concerned that she would deliver a repeat of her performance during the confirmation of Supreme Court Justice Brett Kavanaugh.