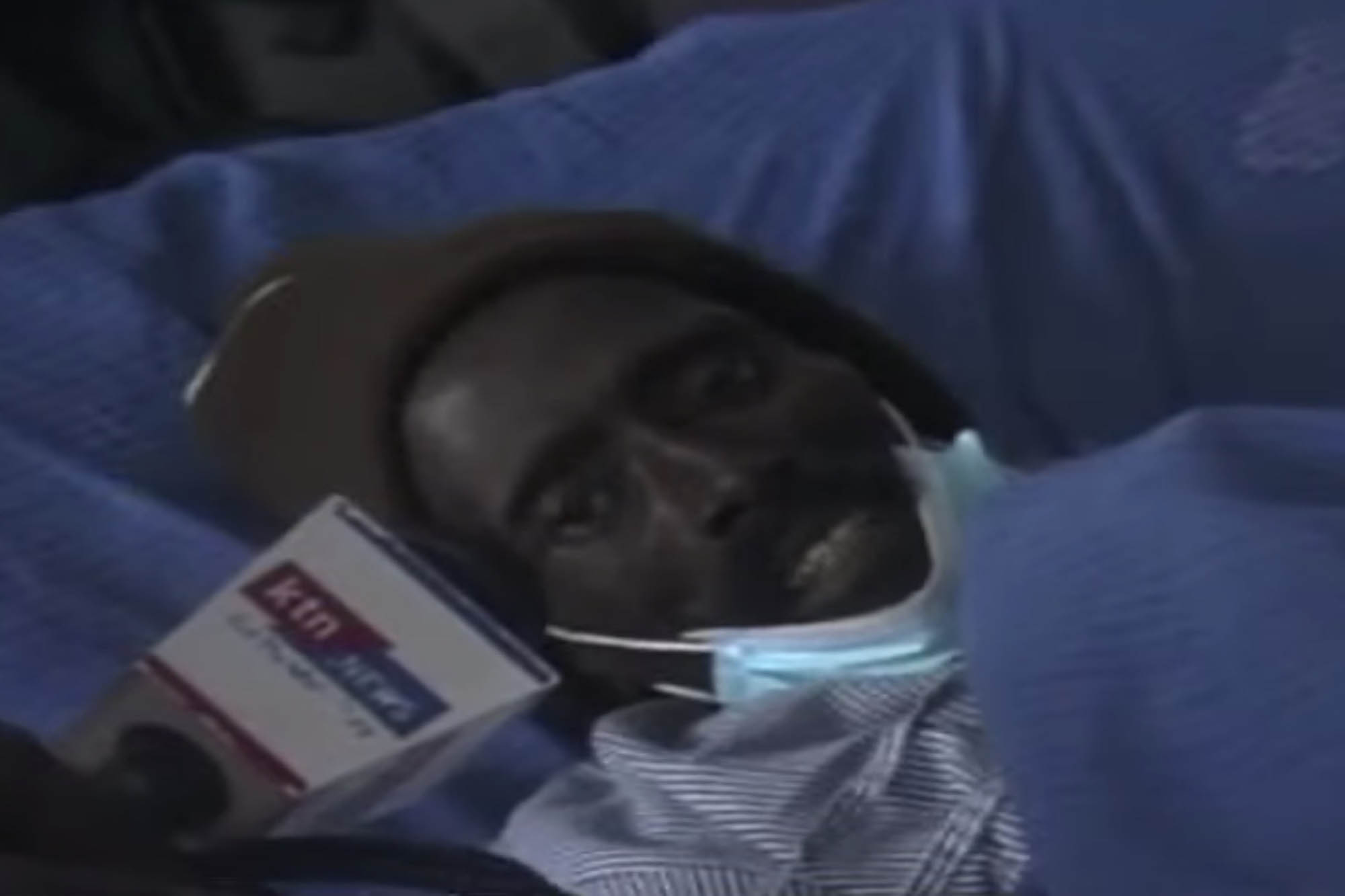 Reports of his death were very premature.

A Kenyan man who had falsely been declared dead made an unexpected return to life Tuesday as he was lying on a table in a morgue about to be embalmed, according to reports.

Peter Kigen, 32, shocked onlookers as he screamed when morticians sliced his leg open to start the embalming process hours after his family members were told he was dead, according to The Standard.

Kigen had been taken to the hospital after collapsing with a stomach ailment. His brother said a nurse told him he had died long before he arrived at Kapkatet Hospital.

“The nurse later handed me a document to take to the mortuary attendant before my brother’s body was moved to the morgue,” Kevin Kipkurui told the Kenyan newspaper.

The grave situation turned into a celebration four hours later when stunned medical staffers realized Kigen was very much alive.

Family members say he regained consciousness and “wailed in pain” after the mortuary staff made the incision in his leg.

“The mortician called me into the morgue and we saw him make movements. We were shocked,” Kipkuriu said.

“We could not understand how they could move a person who is still alive into the mortuary.”

From his hospital bed Kigen told reporters, “I cannot believe what just happened. How did they establish that I was dead?

“I did not even know where I was when I regained consciousness, but I thank God for sparing my life. I will serve him for the rest of my life.”

Dr. Gilbert Cheruiyot blamed the incident on Kigen’s relatives, who he said were too quick to move him to the morgue and “did not even wait for certification of death.”

“They asked Kigen’s relatives to give them some time but they accused the clinicians of taking too much time and decided to take him to the mortuary,” Dr. Cheruiyot said.

He said doctors had been busy attending to critically ill patients.

“It was while the mortician was getting ready to embalm his body that she noticed some signs of life,” Cheruiyot said.

The doctor said Kigen is responding well to treatment and said the death-defying patient could be discharged within days.

He urged relatives to follow the hospital’s regulations and added, “In Kigen’s case, we can only say he was lucky.”