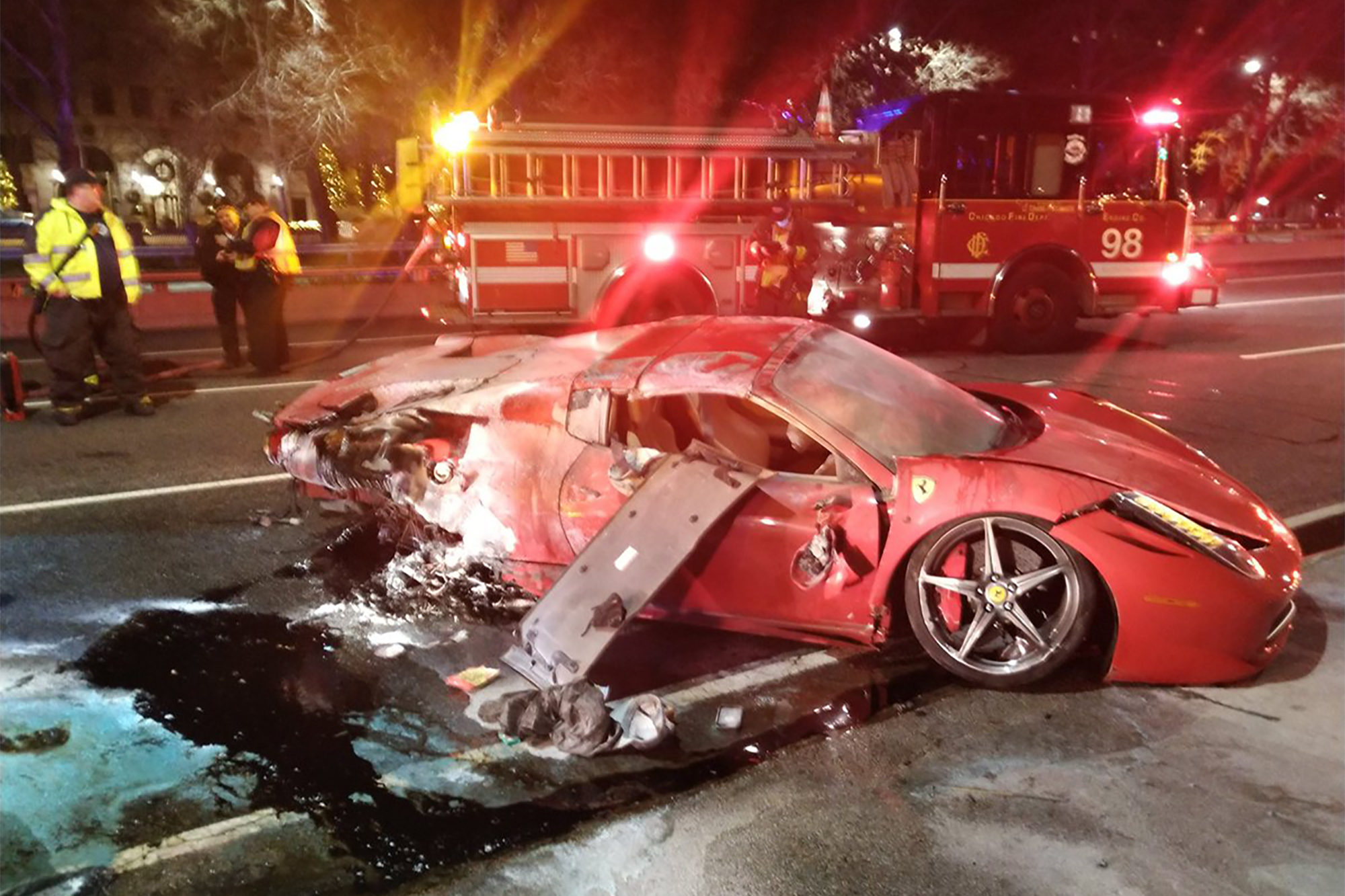 Chicago firefighters responded to a one-vehicle crash on Lake Shore Drive expressway involving an expensive red Ferrari that was a weekend rental.

The vehicle was being driven by a 22-year-old man around 12:45 a.m. Saturday, according to a report.

They were in the northbound lanes of the road which runs alongside the Lake Michigan shoreline when they wiped out at a curve, the station reported. The vehicle then flipped over and caught fire.

The driver escaped with minor injuries as did his passenger, a 20-year-old man.