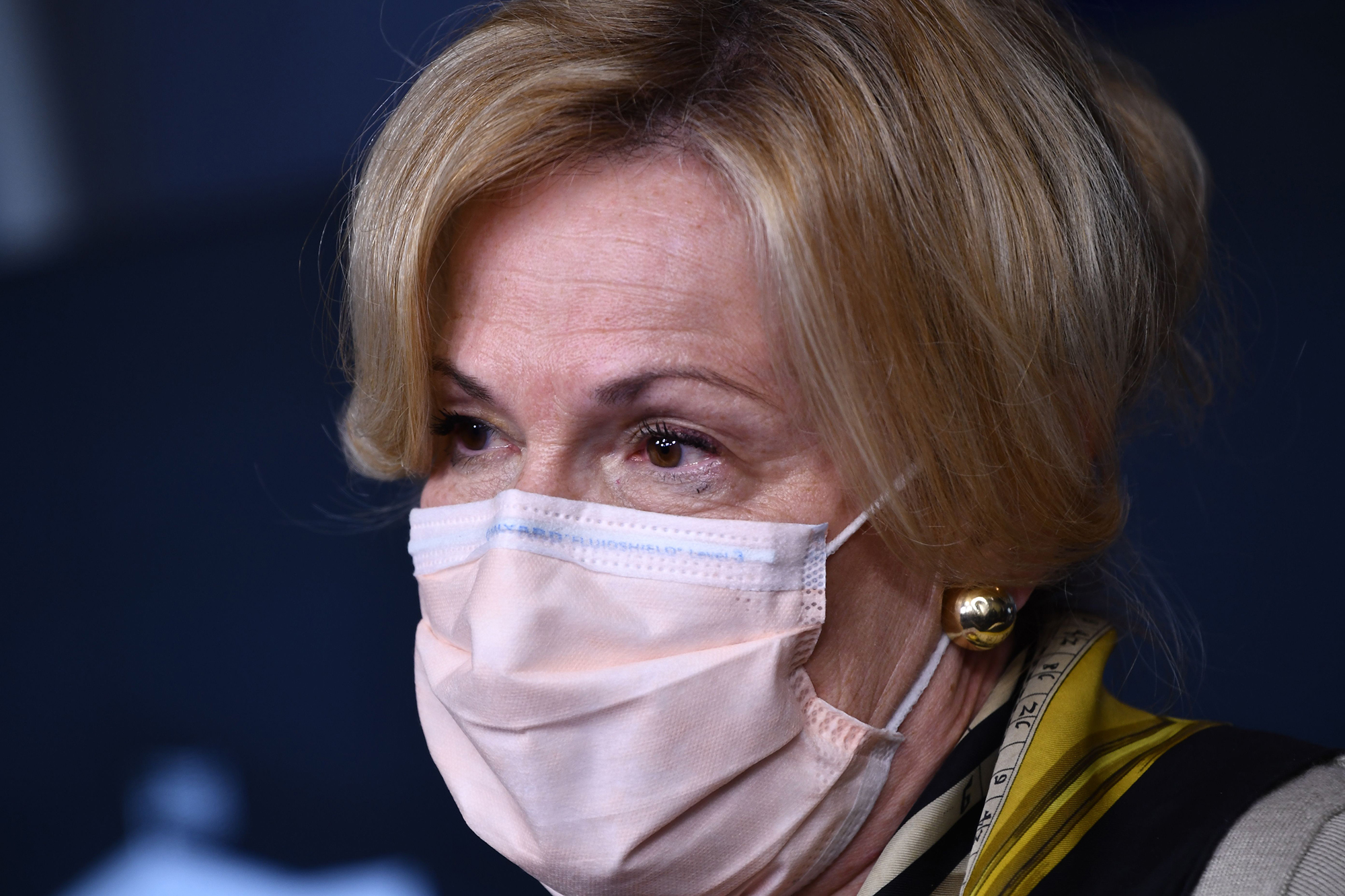 Americans should assume they are infected with the coronavirus — and get tested — if they traveled and attended large gatherings for Thanksgiving, Dr. Deborah Birx warned over the weekend.

In a Sunday interview with CBS anchor Margaret Brennan on “Face the Nation,” the White House coronavirus task force coordinator urged anyone who gathered for the holiday to get tested within the next few days.

“We know people may have made mistakes over the Thanksgiving time period,” Birx said in an interview with “Face the Nation.” “If you’re young and you gathered, you need to be tested about five to 10 days later. But you need to assume that you’re infected and not go near your grandparents and aunts and others without a mask.”

“We’re really asking families to even mask indoors if they chose to gather during Thanksgiving and others went across the country or even into the next state,” she added.

Anyone over 65 years old who gathered for Thanksgiving and develops symptoms should be “tested immediately” because the available medications, as well as treatments, “work best very early in disease,” she said.

Birx said she and Dr. Anthony Fauci worry that the curves for daily new infections will mimic the one seen after Memorial Day weekend.

“If you look at the second wave going into the Memorial Day weekend, we had less than 25,000 cases a day,” she said. “We had only 30,000 inpatients in the hospital and we had way less mortality, way under a thousand. We’re entering this post-Thanksgiving surge with three, four and 10 times as much disease across the country. And so that’s what worries us the most.

More than 13 million Americans have been infected with COVID-19 since the start of the pandemic, and over 266,000 have died, according to the latest figures from Johns Hopkins University.

While governors in many states have begun to reimpose restrictions to curb the spread, Birx urged Americans in states without those measures to do their part.

“To every American, this is the moment to protect yourself and your family,” she said. “So if your governor or your mayor isn’t doing the policies that we know are critical — masking, physical distancing, avoiding bars, avoiding crowded indoor areas — if those restrictions don’t exist in your state, you need to take it upon yourself to be restricted. You need to not go to these places. You need to protect your family now.”