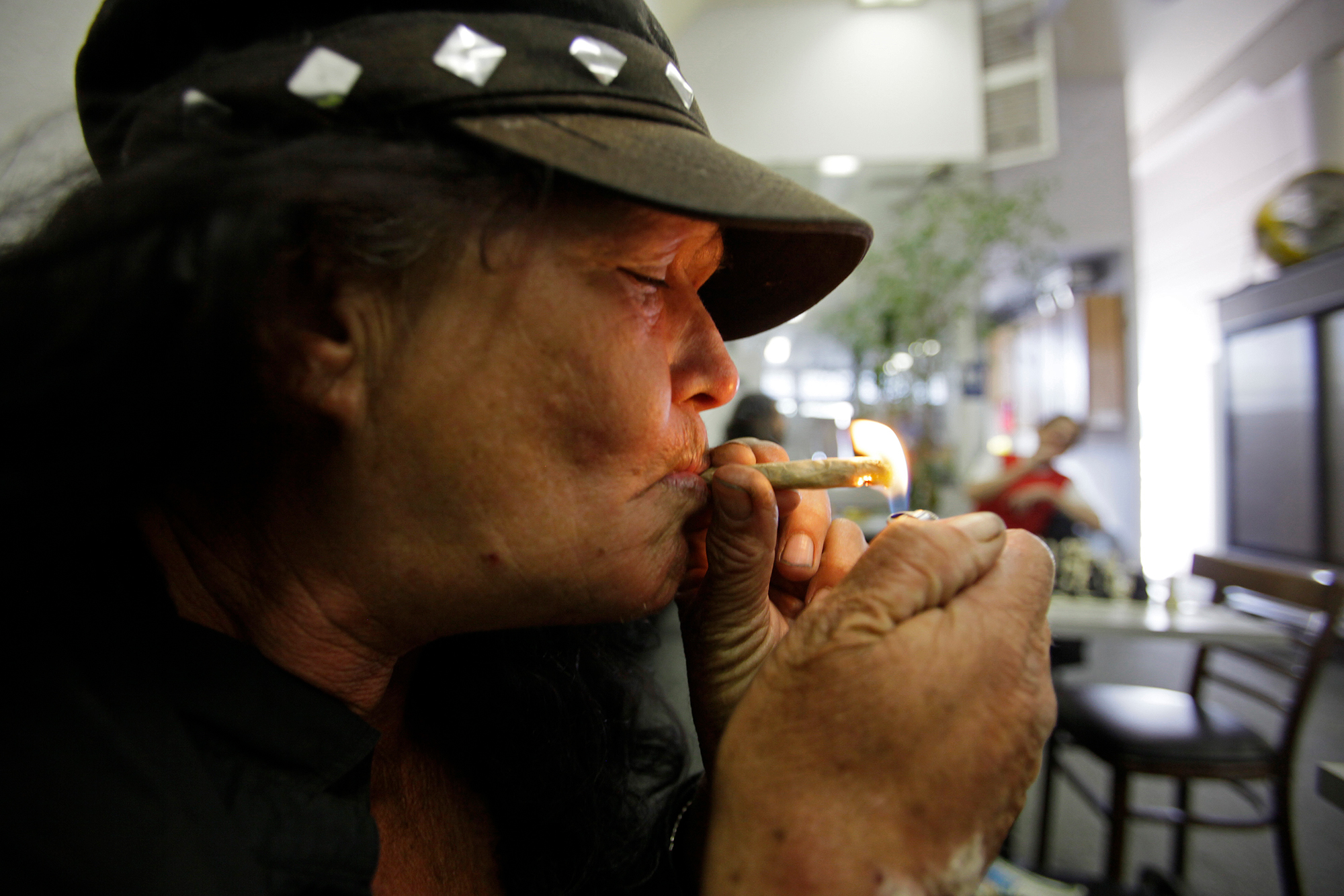 This is how they roll in San Francisco.

Smokers in the Golden Gate City have been banned from smoking tobacco in their apartments, but smoking a marijuana joint inside is perfectly fine, officials announced Tuesday.

The Board of Supervisors approved the new law in 10 to 1 vote, making San Francisco the largest city in the country to adopt the tough measure against tobacco smokers, the San Francisco Chronicle reported.

Lawmakers originally proposed to ban marijuana smoking in buildings, but they reversed their position after cannabis activists protested that it was the only legal place they could smoke.

“Secondhand smoke causes harm & everyone should have clean air to breathe where they live,” tweeted San Francisco Board of Supervisors president Norman Yee.

Cigarette smoking has killed more than 480,000 people in the US every year, including over 41,000 deaths caused by secondhand smoke exposure, according to the Centers for Disease Control and Prevention.