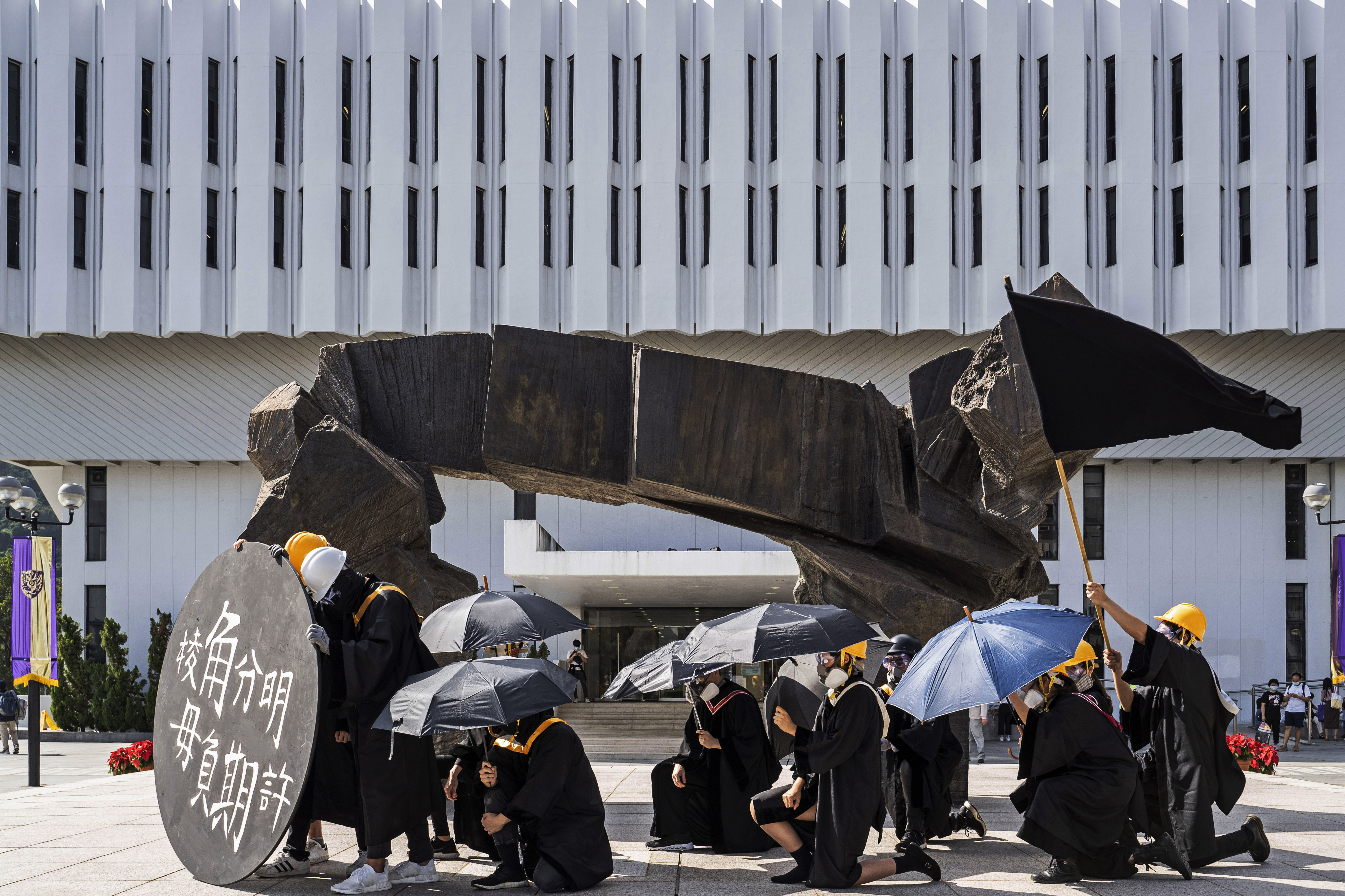 WASHINGTON – The United States is preparing to impose sanctions on at least a dozen Chinese officials over their alleged role in Beijing’s disqualification of elected opposition legislators in Hong Kong, according to three sources, including a U.S. official familiar with the matter.

The move, which could come as soon as Monday, will target officials from the Chinese Communist Party (CCP) as President Donald Trump’s administration keeps up pressure on Beijing in his final weeks in office. President-elect Joe Biden takes over on January 20.

The State Department and the White House did not immediately respond to requests for comment.

Up to 14 people, including officials of China’s parliament, or National People’s Congress, and members of the CCP, would likely be targeted by measures such as asset freezes and financial sanctions, two sources said.

The U.S. official, speaking on the condition of anonymity, said multiple individuals would be sanctioned. A person familiar with the matter said the group would likely include officials from Hong Kong as well as the mainland. The sources did not provide names or positions of those being targeted for sanctions. Two sources cautioned an announcement could still be delayed until later in the week.

“China has always firmly opposed and strongly condemned U.S. interference in China’s domestic affairs through the Hong Kong issue,” Chinese foreign ministry spokeswoman Hua Chunying told a news briefing in Beijing on Monday, in response to a question on the Reuters report.

Stock markets in Asia gave up early gains on worries the move may signal a further deterioration in relations between the world’s two largest economies.

“One thing that the market has been concerned about is that on his ‘Out of office’ Trump would look for some retribution on China. So this news speaks to that fear,” said Kyle Rodda, market strategist at IG Markets in Melbourne.

Chinese financial stocks traded in Hong Kong fell 2.3% in morning trade, their sharpest drop in six months amid worries sanctions could be extended to banks.

Washington has already put sanctions on Hong Kong Chief Executive Carrie Lam, the territory’s current and former police chiefs and other top officials in August for what it said was their role in curtailing freedoms in a crackdown on the territory’s pro-democracy movement.

It also raised further alarm in the West. The Five Eyes intelligence-sharing group – made up of Australia, Britain, Canada, New Zealand and the United States – said last month the move appeared to be part of a campaign to silence critics and called on Beijing to reverse course.

White House national security adviser Robert O’Brien said in November the expulsion showed the “One Country, Two Systems” formula, under which Hong Kong’s autonomy had been promised since Britain handed the territory back to China in 1997, was now “merely a fig leaf” and promised further U.S. action.

That month, the State Department and Treasury Department imposed sanctions on four more Chinese officials in Hong Kong’s government and security establishment, barring them from traveling to the United States and blocking any U.S.-related assets they might have.

Hong Kong is expected to be one of Biden’s thorniest challenges with China, which will be high on his foreign policy agenda with relations between Washington and Beijing at the lowest point in decades over an array of disputes.

Biden has promised to take a tougher line than Trump over human rights in China and other countries, so his response to the crackdown in Hong Kong could be an early test of that resolve.