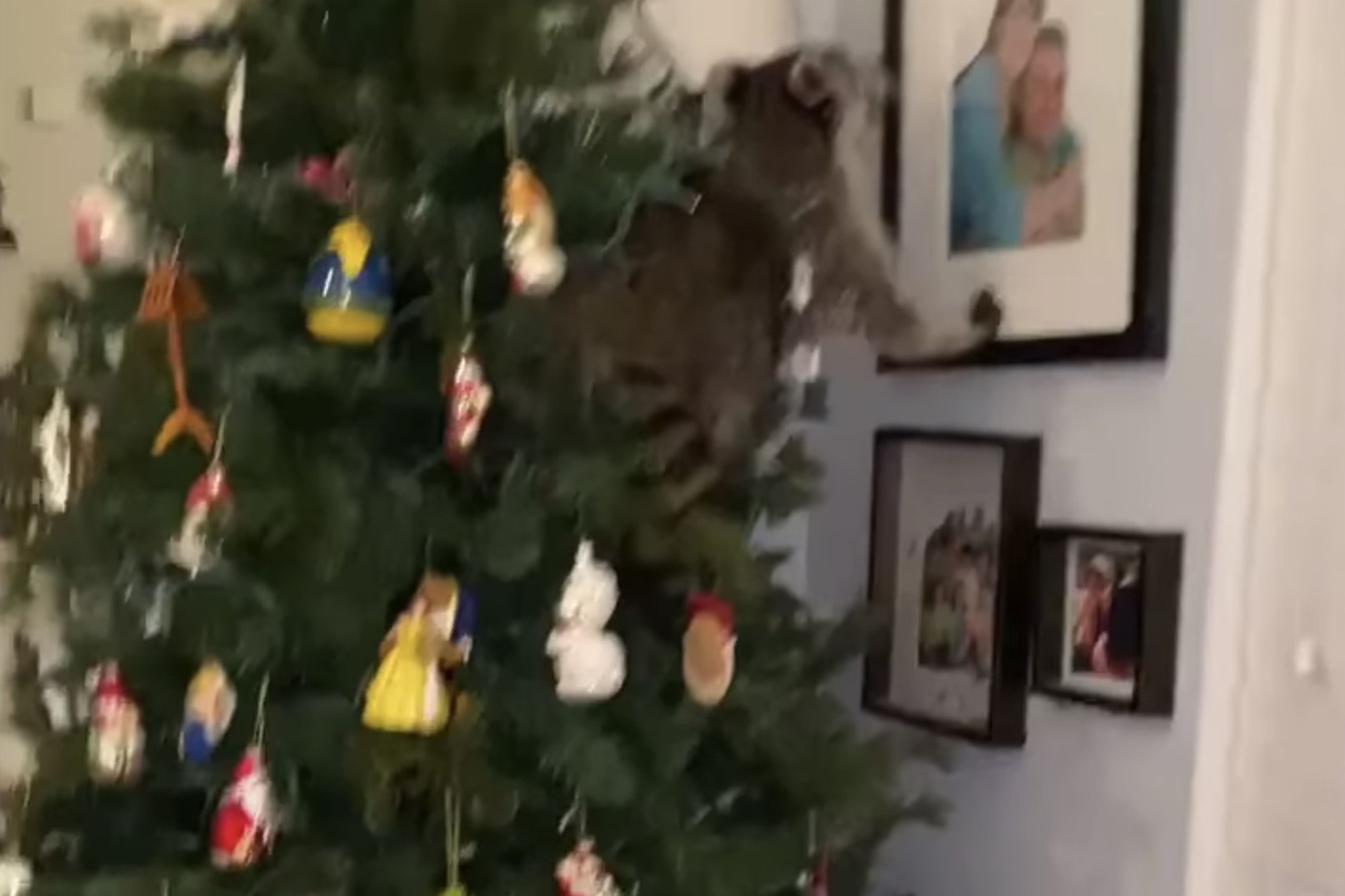 A raccoon hiding in a Florida woman’s Christmas tree suddenly burst from the branches — and scampered up into her chandelier, wild video footage shows.

“I just knew that there was something there, that shouldn’t have been there. I [saw] a furry body in the Christmas tree,” Aubrey Iacobelli, of Tallahassee, told WPTV.

Iacobelli, who posted the clip to Facebook, at first thought a cat had crawled through her doggy door, so she went to investigate in her living room at around 4 a.m. on Dec. 10.

“There’s a cat inside my Christmas tree. Git!” she says in the video while poking the tannenbaum with a frying pan. “C’mon, get out of my tree!”

When her dog whines, she tells the pup, “I know I want him out too!”

Spooked by the pooch, the masked stowaway bolts from the tree — knocking it over and shattering her ornaments. The dog then chases it across her living room and into a light fixture, where she swats it with a broom.

“The raccoon ran away from freedom. Jumped on my chandelier where it swung there for like 30 minutes,” Iacobelli told the local station.

It wasn’t immediately clear how the animal got into the tree or how she got it out of her home. But she recommended that folks in similar situations to call Animal Control.

“That was my Thursday morning,” Iacobelli says in the footage. “Now that [I’m] not right there in the moment, it does seem kind of funny.”