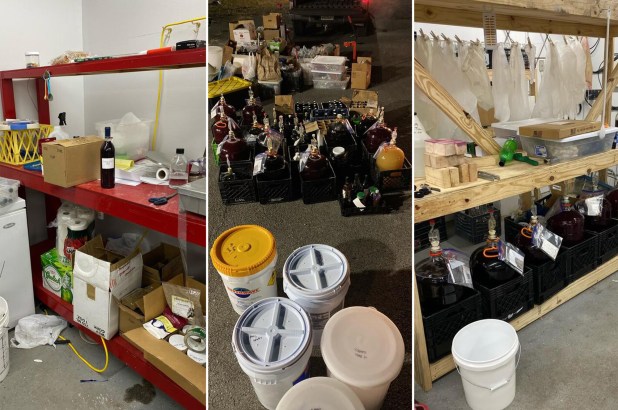 This wine is aged to infection.

Authorities in Alabama have busted an illegal winery that was operating at a municipal sewage plant.

Sheriffs in DeKalb County discovered what they described as a “large” illegal alcohol operation in the Rainsville municipal building after receiving an anonymous tip about the setup Thursday.

Photos released by police show glass containers, buckets, a fermenting rack and other equipment often used by bootleggers and amateur home wine makers in the same building that processes wastewater.

A large number of arrests are expected following the seizure of the illegal booze.

“I want to thank the mayor for his cooperation and willingness to allow law enforcement to do our job and shut something like this down,” Sheriff Nick Welden said in a statement. “This is definitely one of the biggest operations we’ve seen in our county and possibly our state.”