CAPE TOWN, South Africa — At night, Amanda Zitho worries her little boy is shivering and cold in his coffin and yearns to take him a blanket. She knows Wandi’s dead and gone and it’s senseless, but that doesn’t stop the ache.

Wandi was 5 when he was killed in April, allegedly strangled with a rope by a Johannesburg neighbor — another dead child in a land where there are too many.

According to official figures, around 1,000 children are murdered every year in South Africa, nearly three a day. But that statistic, horrific as it is, may be an undercount.

Shanaaz Mathews thinks many more children are victims of homicides that are not investigated properly, not prosecuted or completely missed by authorities. The official figures are “just the tip of the iceberg,” said Mathews, the director of the Children’s Institute at the University of Cape Town and probably the country’s leading expert on child homicides.

In a country where more than 50 people are murdered every day, children are not special and are not spared.

“Violence has become entrenched” in the psyche of South Africa, Mathews said.

“How do we break that cycle?” she asked.

In 2014, she embarked on a research project to uncover the real extent of those child deaths. She did it by getting forensic pathologists to put the dead bodies of hundreds of newborn babies, infants, toddlers and teenagers on examination tables to determine exactly how they died.

Child death reviews are common in developed countries but had never been done in South Africa before Mathews’ project. As she feared, the findings were grim.

Over a year, the pathologists examined the corpses of 711 children at two mortuaries in Cape Town and Durban and concluded that more than 15% of them died as a result of homicides. For context, Britain’s official child death review last year found 1% of its child deaths were homicides. Mathews’ research showed homicide was the second most common cause of death for children in those two precincts.

“And the numbers are not going down,” she said. “If anything, they are going up.”

There are two patterns in South Africa. Teenagers are being swallowed up in the country’s desperately high rate of violent street crime. But also, large numbers of young children aged 5 and under are victims of deadly violence meted out not by an offender with a gun or a knife on a street corner, but by mothers and fathers, relatives and friends, in kitchens and living rooms, around dinner tables and in front of TVs.

Fatal child abuse is where the justice system often fails and cases are “falling through the cracks,” Mathews said.

There was, she says, the case of a 9-month-old child who had seizures after being dropped off at daycare. Though rushed to the hospital, the child died.

Doctors found severe head injuries and told the mother to go to the police, but no one followed up. The mother never reported the death. When investigators tried to revive the case nearly two years later, the baby had long been buried and the evidence was cold.

“I sometimes go through stages when I am more angry with the system than I am with the perpetrators and that’s not good,” she said. She said justice for children in South Africa is unacceptably “hard to achieve.”

And failures of justice sometimes lead to more deaths.

The neighbor originally charged with killing Wandi Zitho was released and the case provisionally dropped because the police didn’t deliver enough evidence, possibly because of a backlog in analyzing forensic evidence, according to one policeman working the case. Months later, the woman was arrested again and charged with murdering two other children.

Then there was the case of Tazne van Wyk. 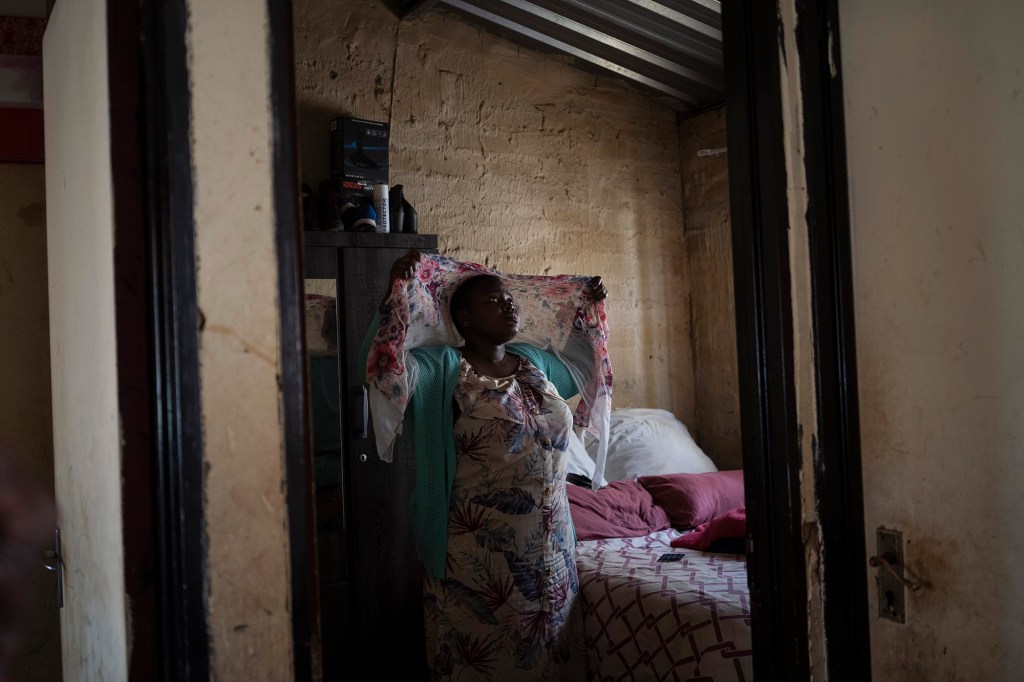 Amanda Zitho, mother of 5-year-old Wandi Zitho, puts a scarf around her head before going out to visit his grave for the first time in Orange Farm, South Africa. 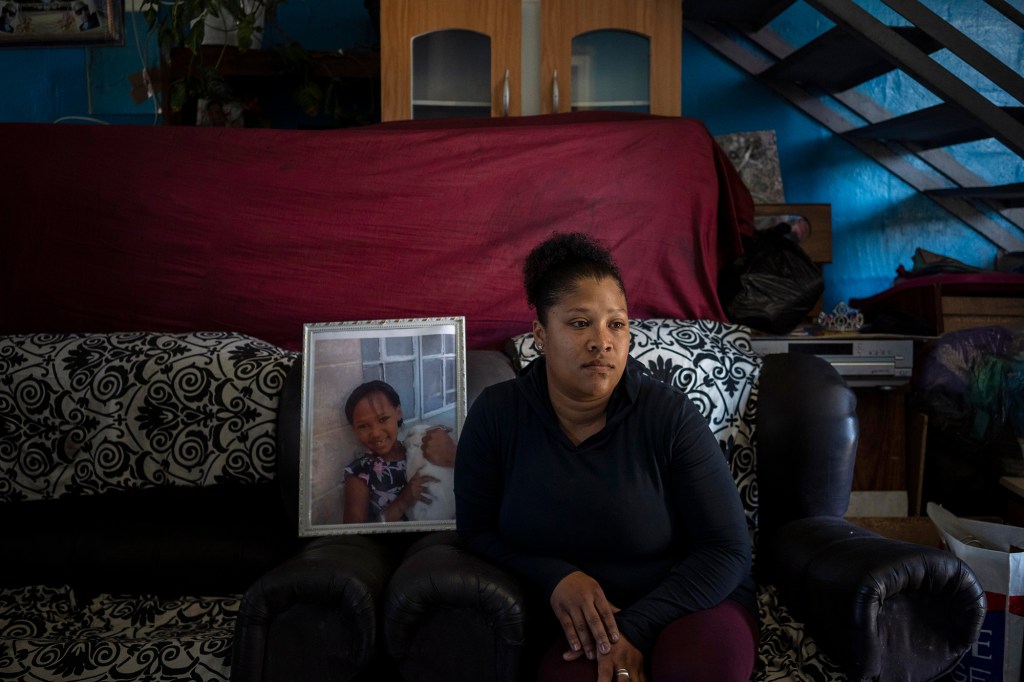 Carmen van Wyk sits on a sofa in her house next to a framed photograph of her daughter, Tazne, in Cape Town, South Africa. 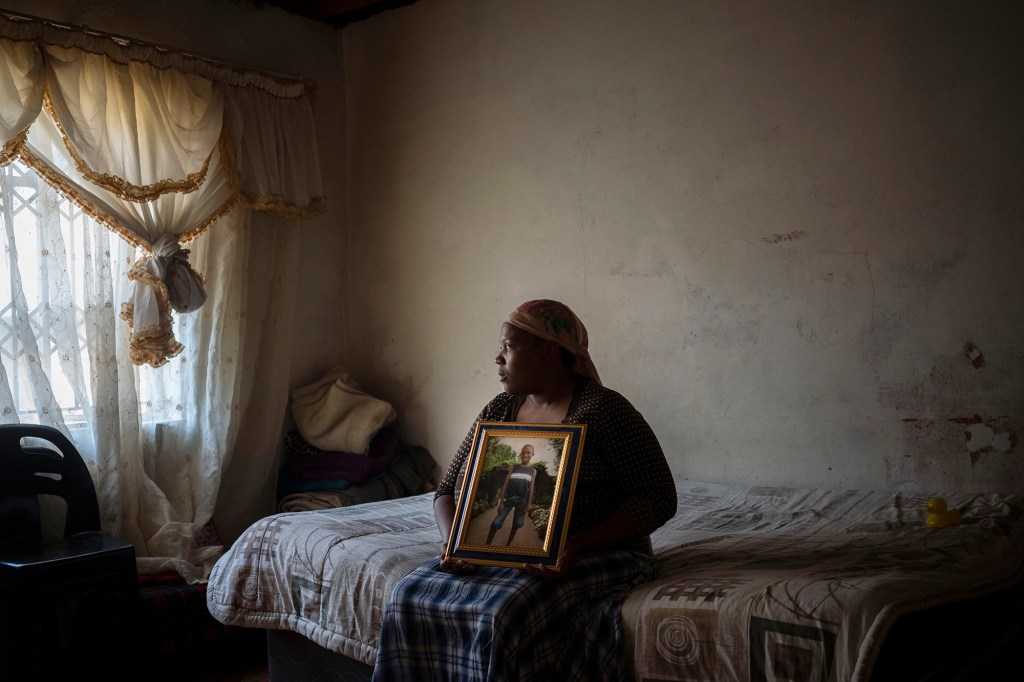 Rebecca Mohapi poses with a photograph in the bedroom of her son, 12-year-old Onthatile Mohapi, who mysteriously disappeared and was found dead a week later in Damonsville, South Africa. 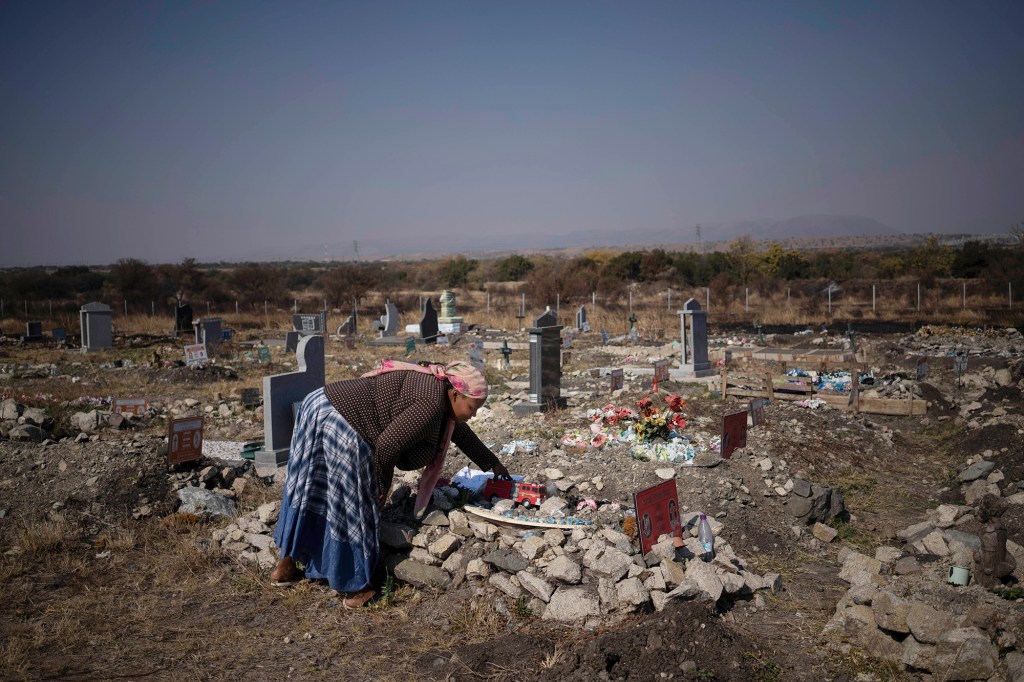 Rebecca Mohapi, who’s son Onthatile died in 2019, puts one of his favorite toys on his grave in Damonsville, South Africa.

Tazne was 8 when her body was found in February dumped in a drain near a highway nearly two weeks after she disappeared. She had been abducted, raped and murdered, police said.

Tazne’s parents blame the correctional system for paroling the man charged with their daughter’s murder despite a history of violent offenses against children. He’d already violated his parole once. They also fault police for failing to act on a tip that might have saved Tazne in the hours after her disappearance.

The case was high profile. The Minister of Police spoke at Tazne’s funeral and admitted errors. “We have failed this child,” he conceded, pointing at Tazne’s small white coffin, trimmed in gold. South African President Cyril Ramaphosa visited the van Wyk home and promised meaningful action.

“How many children after Tazne have already passed away? Have been kidnapped? Have been murdered? Still nothing is happening,” said her mother, Carmen van Wyk.

She sheds no tears. Instead, anger bubbles inside her and her community. Houses connected with the suspect and members of his family were set on fire in the wake of Tazne’s killing.

It’s not just on the police to stop the abuse, said Marc Hardwick, who was a policeman for 15 years, 10 of them as a detective in a child protection unit.

He recalls one case, from 20 years ago. A 6-year-old girl was beaten to death by her father because she was watching cartoons and, distracted as any 6-year-old would be, wasn’t listening to him.

When they arrested the father and took him away — he was later sentenced to life in prison — the victim’s 9-year-old cousin approached Hardwick and said: “I think you stopped my bad dreams today.”

Clearly, children in that household had been living a nightmare, and the other adults had remained silent, said Hardwick: “The reality is that child abuse is not a topic people want to talk about.”

Don't Miss it Nearly 30 monkeys euthanized at NASA research center: report
Up Next Arrest made in cold case of DC mom who vanished 10 years ago