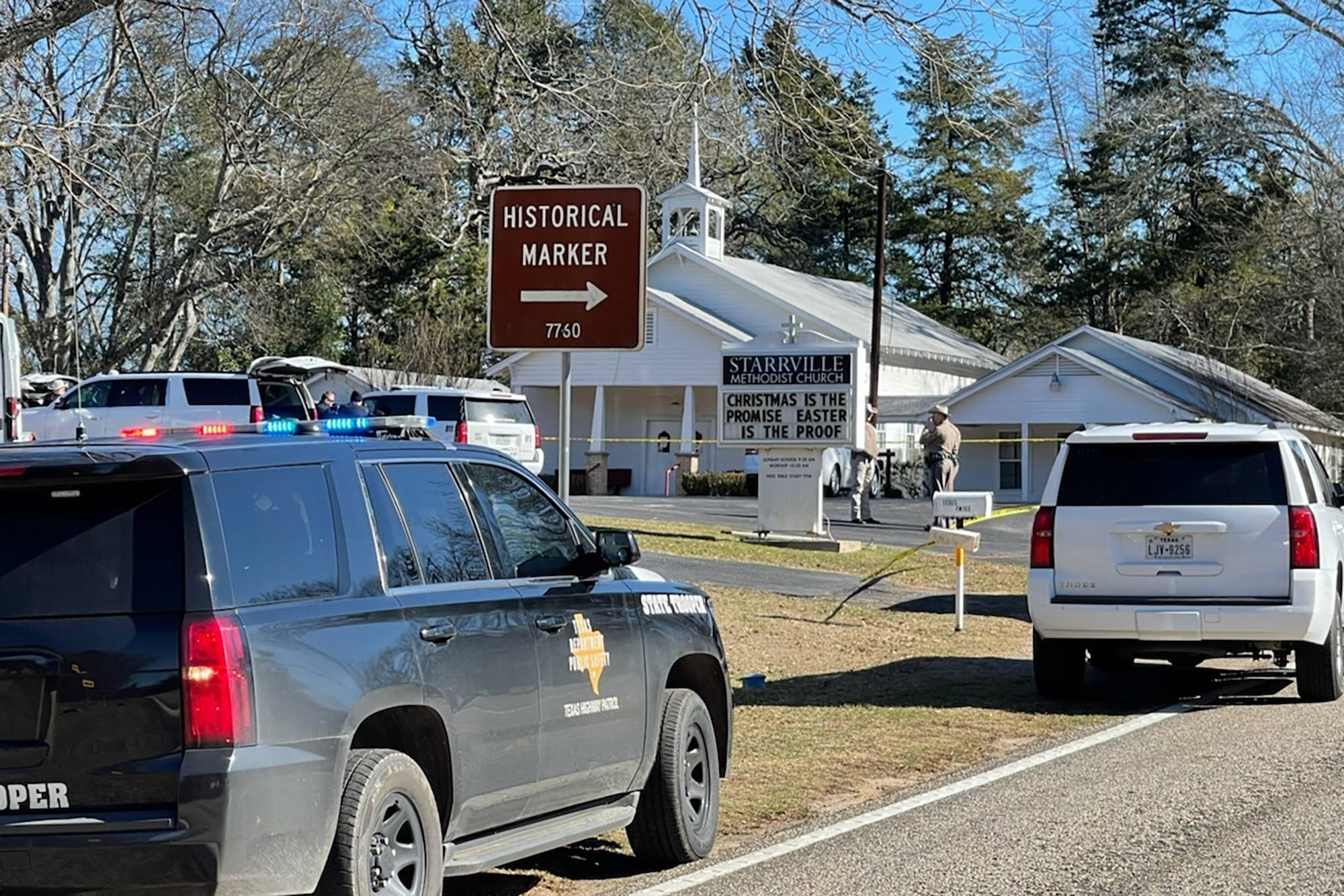 WINONA, Texas — One person has been killed and another was wounded in a shooting at a church in East Texas Sunday morning, a sheriff’s deputy said.

A suspect who fled the Starrville Methodist Church near Winona after the shooting has been arrested, said Sgt. Larry Christian of the Smith County Sheriff’s office.

Deputies were called to the church about a reported shooting around 9:20 a.m., Christian said. Two people were found shot, he said.

He said there were no services going on when the shooting took place. He could not immediately provide more details on what happened or who was involved, saying investigators are still gathering information.

“I don’t think it’s going to be any kind of hate motivation or anything,” Christian said.

“Our hearts are with the victims and the families of those killed or injured in this terrible tragedy,” he said in a statement.

Representatives of Starrville Methodist could not be immediately reached for comment. Numerous state troopers and sheriff’s deputies could be seen outside the church, which was cordoned off with yellow tape late Sunday morning.

Winona is a small town about 100 miles (160 kilometers) east of Dallas. Starrville Methodist was built in 1853, according to the Texas State Historical Association.

Don't Miss it Kate Middleton, Meghan Markle ‘barely talking’ ahead of Queen’s birthday
Up Next Trump expected to give Presidential Medal of Freedom to Rep. Nunes