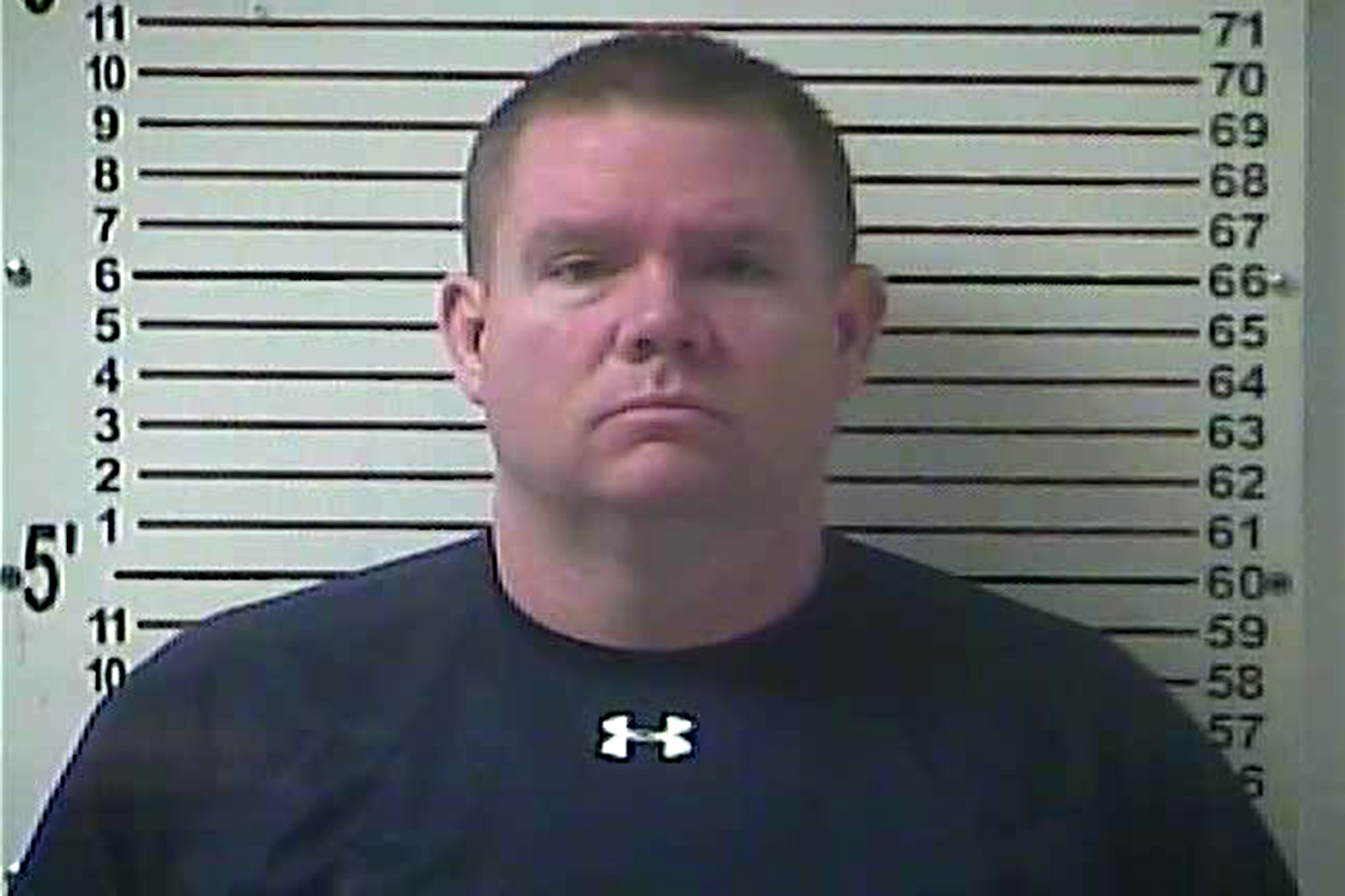 A former principal in Kentucky who confiscated students’ cellphones and distributed their nude photos online has been ordered to pay $3.6 million in damages.

A federal judge last week recommended the multimillion-dollar judgment against 40-year-old Stephen Kyle Goodlett, who was sentenced to nine years in federal prison in 2018 after pleading guilty to transporting and possessing child pornography, the Louisville Courier-Journal reported.

The disgraced educator later admitted to searching students’ cellphones that he confiscated for explicit photos, which he covertly saved on thumb drives to upload and trade online, court records show.

Six of the women victimized by Goodlett sued him and the LaRue County School District for the sick scheme, alleging their former principal destroyed their reputations and violated their Fourth Amendment rights barring unreasonable searches and seizures.

A federal judge recommended the $3.6 million in damages to be split evenly – or $600,000 to each plaintiff. The judge also said any money recovered will be shared equally, the Courier-Journal reported.

“Many of the plaintiffs endured negative or lewd comments from family, friends, and acquaintances informing them that they had seen Plaintiffs’ nude or semi-nude images on the internet,” Magistrate Judge Regina S. Edwards wrote in her recommendation.

One of the women said she’s regularly worried that any new acquaintance or a prospective employer is aware of the photos, while another said she has an “irrational fear of being kidnapped” and an “inherent distrust of men” due to the Goodlett’s actions.

They had sought $150,000 in compensatory damages, which Edwards said was “relatively modest,” as well as $450,000 in punitive damages, according to the report.

Goodlett, who is scheduled to be released from federal prison in April 2025, was also found guilty in November of more than 60 child pornography counts in Hardin Circuit Court, where he’s set for a bond hearing next week, the Courier-Journal reported.

Goodlett acknowledged the severity of his actions during his sentencing in February 2018.

“What I’ve done is morally reprehensible,” Goodlett said. “Your honor, I deserve to go to prison.”

Goodlett had also admitted to investigators that was addicted to pornography.

“I know what I’ve done is awful,” he told the judge. “I fully accept any punishment you hand down.”