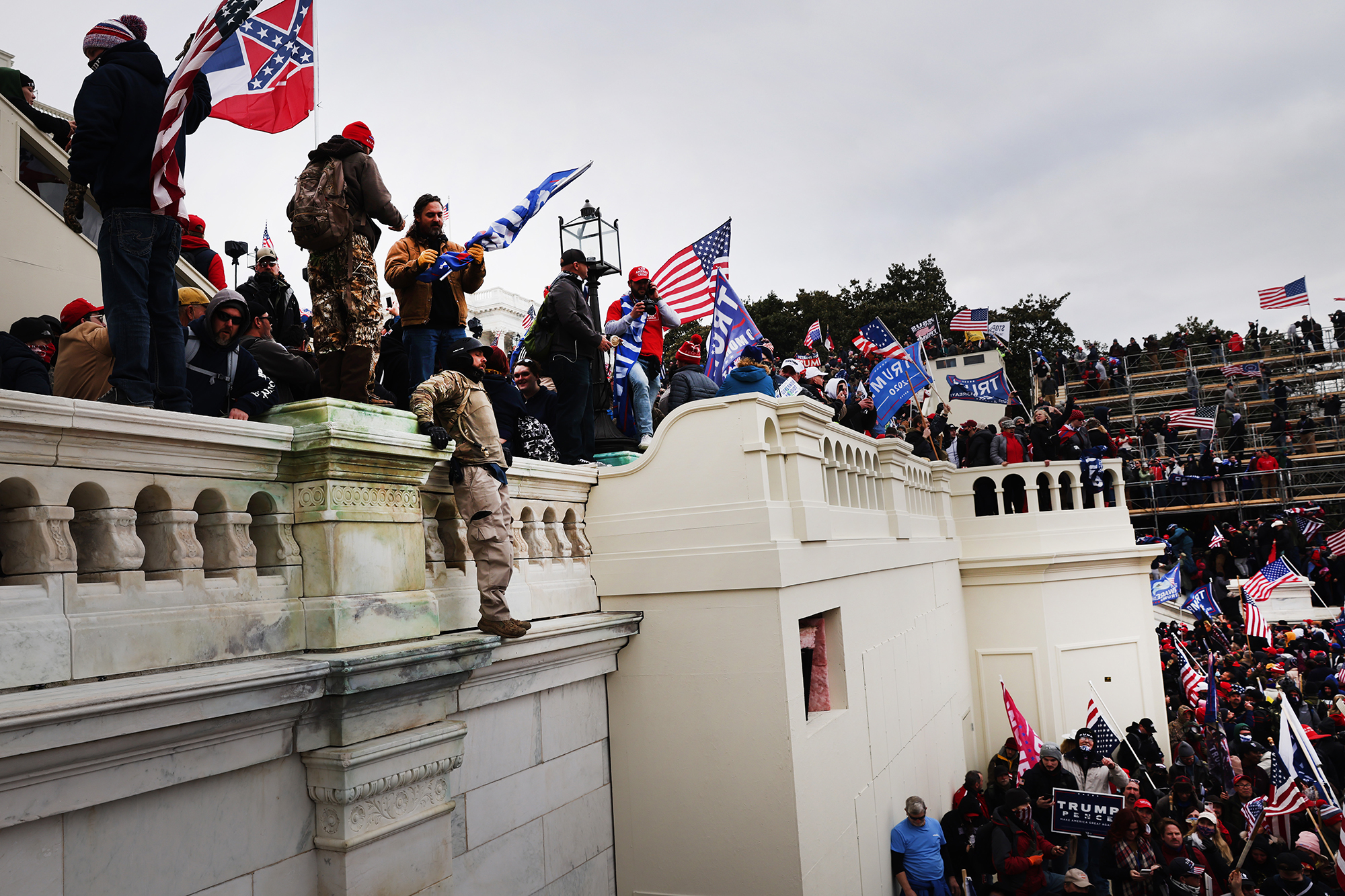 A Florida firefighter is being investigated for participating in Wednesday’s invasion of the US Capitol by pro-Trump supporters, department officials said.

The Sanford Fire Department launched an investigation into Andy Williams on Thursday after he was purportedly identified in a photo sent anonymously to local Florida TV news station WKMG, the Orlando Sentinel reported.

“We are aware and the firefighter is employed with the Sanford Fire Department,” agency spokeswoman Bianca Gillett told the newspaper in a statement.

The image shows Williams — who was wearing a mask beneath his chin — donning a Trump 2020 hat while pointing at a sign for House Speaker Nancy Pelosi, WKMG reported.

Gillett told the Associated Press that Williams has been placed on paid administrative leave pending the outcome of the administrative probe. He has been employed by the department since 2016.

Four people died during the carnage designed to disrupt Congress from confirming Joe Biden’s presidential win, including Air Force vet Ashli Babbitt, who was shot during a clash with Capitol police as she tried to climb into a protected area.

Don't Miss it Mike Pompeo calls for Capitol rioters to be prosecuted
Up Next Senate Sgt. At Arms resigns after rioters took over Capitol