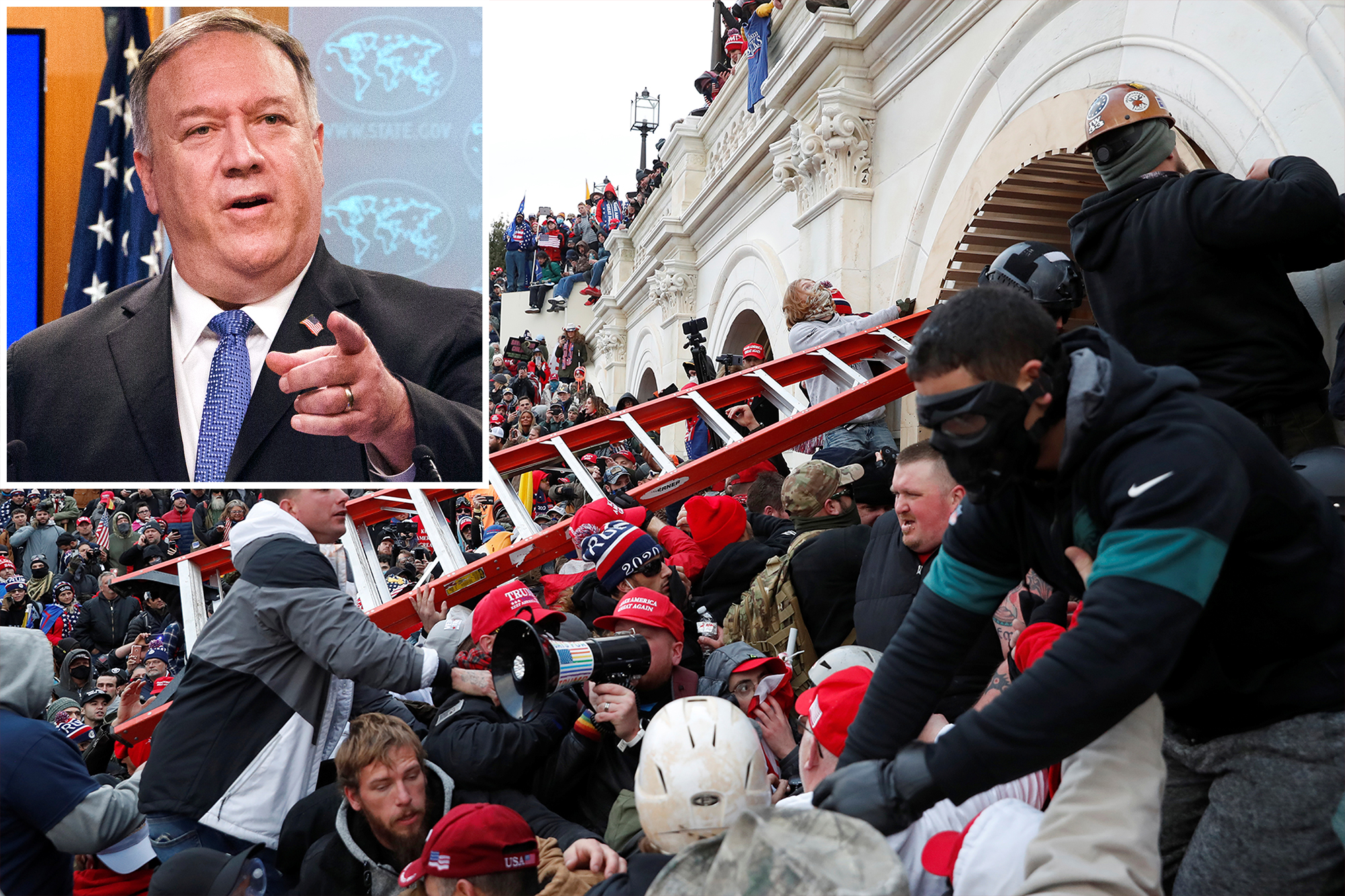 Secretary of State Mike Pompeo is calling for justice against “the criminals” who stormed the US Capitol in an effort to disrupt Congress certifying President-elect Biden’s Electoral College victory.

“The storming of the U.S. Capitol today is unacceptable. Lawlessness and rioting — here or around the world — is always unacceptable,” the nation’s top diplomat wrote in a series of tweets Wednesday evening.

“I have travelled to many countries and always support the right of every human being to protest peacefully for their beliefs and their causes,” he continued, “But violence, putting at risk the safety of others including those tasked with providing security for all of us, is intolerable both at home and abroad.

“Let us swiftly bring justice to the criminals who engaged in this rioting.”

“America is better than what we saw today at a place where I served as a member of Congress and saw firsthand democracy at its best,” Pompeo closed.

Members of Congress were forced to evacuate in gas masks on Wednesday after hundreds of Trump supporters overpowered Capitol Police and breached the building.

The chaos included an armed standoff outside the House of Representatives’ chamber and multiple deaths amid the chaos.

The Electoral College went 306-232 for President-elect Biden, but Trump has alleged that widespread fraud tipped the results in must-win swing states.

Courts have rejected those claims, and Trump has refused to concede, though in the aftermath of the riots he pledged a “peaceful transition of power.”