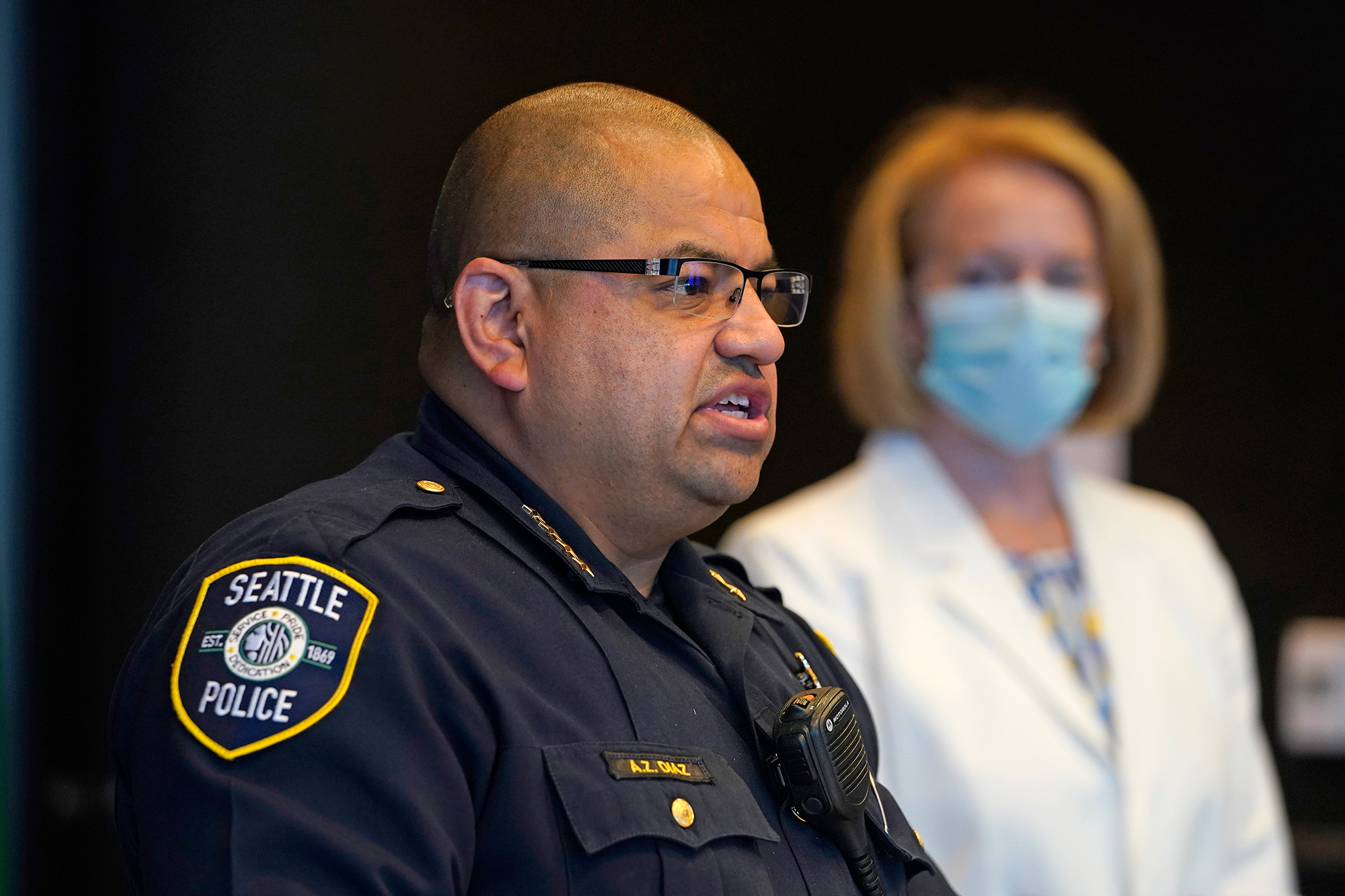 At least two Seattle police officers are under investigation after reportedly attending the violent protest in Washington, DC, this week, authorities said.

The officers have been placed on administrative leave as the Seattle Police Department’s Office of Police Accountability investigates if they did indeed attend the riots on Wednesday, Police Chief Adrian Diaz said Friday.

“The Department fully supports all lawful expressions of First Amendment freedom of speech, but the violent mob and events that unfolded at the U.S. Capitol were unlawful and resulted in the death of another police officer,” Diaz said in a statement.

“If any SPD officers were directly involved in the insurrection at the U.S. Capitol, I will immediately terminate them,” the police chief added.

Police have not released the identities of the officers.

“We believe they were there, but we don’t know all the facts yet, so that’s why we’re doing the investigation,” Myerberg told the outlet.

Myerberg added his office will investigate what the officers’ intentions were that day, and if any other officers attended the riots.

“The fundamental question will be, ‘Is being present at the rally in and of itself a violation of department policy?’” he said. “And I just don’t know that yet. I think it really depends on what they did and what their role was in those events.”

The announcement comes as federal law enforcement has arrested more than 80 people in connection with the violent mob that vandalized Capitol Hill on Wednesday.