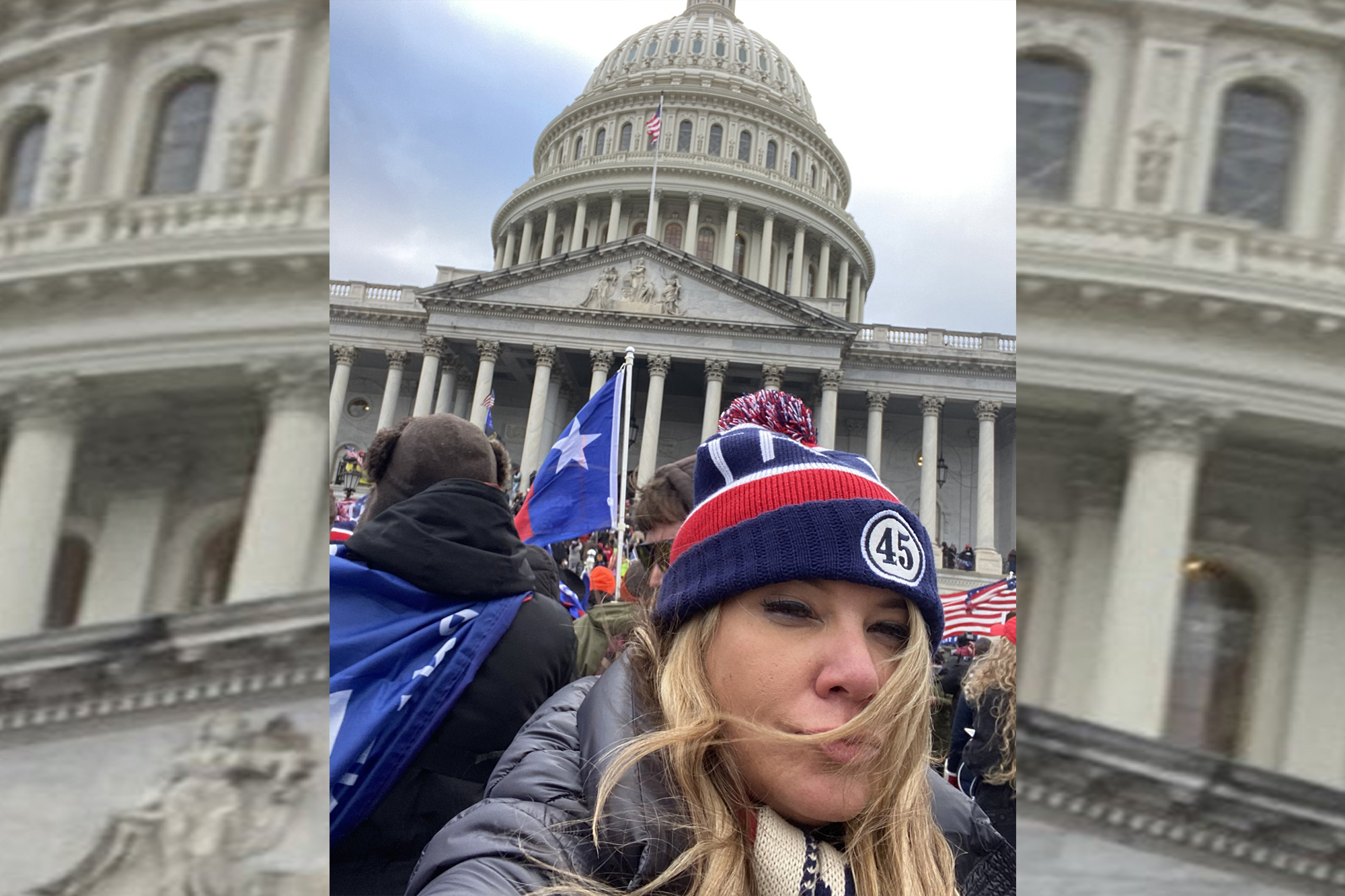 The Texas Realtor who flew on a private jet to take part in the US Capitol riot said in a new interview that she has “no guilt in my heart” after her fateful trip to Washington, DC, which began with an invitation from a “very cute guy” on Facebook.

“He was adorable,” Jenna Ryan, 50, told NBC News. “And there was another adorable girl there, too, and they ended up getting together, darn it.”

But the Carrollton, Texas, real estate broker, who has asked President Trump for a pardon, told the network that she has no regrets about participating in the siege on Jan. 6.

“I’m glad I was there because I witnessed history. And I’ll never get the chance to do that again … No one will probably ever be able to go near [the Capitol] again,” she told NBC News’ Cynthia McFadden.

When asked whether she felt like a martyr, Ryan said, “I do. I have the right to feel this way. So whether or not you agree with me is your right.”

She added: “I personally, feel innocent in everything that I have done. I feel like the police officers were ushering people into the Capitol. There were thousands of people there. I have no guilt in my heart.”

Ryan, who is also a life coach and radio host, said she did not want to have a riot.

“I was documenting what was going on in the environment I was in,” she told NBC News on the “Today” show.

Ryan was charged with disorderly conduct on the Capitol grounds and remaining in a restricted building, according to a criminal complaint filed in DC federal court.

The complaint cites social media postings in which the Dallas-area woman is seen posing in front of a shattered Capitol window — and giving her business a plug.

Ryan also sought to downplay incendiary comments she made in social media the day of the riot, including, “We’re gonna go down and storm the Capitol!”

She told the news outlet that she was not suggesting an act of aggression.

Ryan said that when the handsome stranger reached out to her on Facebook, she accepted the offer to join him on the private jet – but first made sure her best friend and “bodyguard” Brian would be able to join them.

Ryan said they headed to the nation’s capital “in solidarity with President Trump,” who “requested that we be in DC on the 6th. So this was our way of going and stopping the steal.”

After spending the night in a local hotel, they got up around 6 a.m., put on their “Trump stuff,” and went to hang out with “like-minded Patriots,” she said in the interview.

The group ended up being too far back in the crowd to hear the speeches by Trump, his personal attorney Rudy Giuliani and others, but Ryan said she had a more serious problem.

“There were no porta-potties,” she said. “We could not get to a porta-potty.
“That was, like, my biggest concern actually. Where’s the porta-potty? Because I like to always know I have a bathroom nearby.”

After returning to their hotel room to prepare for the action at the Capitol, Ryan said the group was “horrified” when they saw Vice President Mike Pence on TV.

“We watched as Pence accepted the fraudulent election – what we believe to be fraudulent,” she said.

“We were devastated. It was like my dad – somebody I love, somebody I respect – just betrayed someone else I love and I respect, including the country…I couldn’t believe it,” Ryan continued, adding that she didn’t feel like leaving the hotel again.

But she decided to join her pals anyway because “I didn’t want to be at the hotel by myself.”

In a since-deleted video on her Facebook page, according to federal prosecutors, she said in front of a bathroom mirror: “We’re gonna go down and storm the capitol. They’re down there right now and that’s why we came and so that’s what we are going to do. So wish me luck.”

In one of several clips she posted online, Ryan called out Mitch “turtleface” McConnell and said: “We are armed and dangerous. This is just the beginning.”

In a Facebook Live video cited by the feds, she said: “We’re going to f— go in here. Life or death, it doesn’t matter. Here we go!”

In the interview, Ryan acknowledged she entered the building but said she only remained inside for two minutes and left because she felt uncomfortable.

“If you want to skewer me in the media and make me out to be a violent person because it fits your storyline, then you know, that is something that you’re going to have to live with in your life,” she told NBC News.

“Because I know my heart was to go there and let my voice be heard, no matter what. And I stood on the steps of the Capitol, and I did what I came to do. And I did pray.”

Ryan said she felt horrible that five people died, including a police officer, during the riot, but insisted that she broke no laws.

“I, personally, feel innocent in everything that I have done,” she said. “I feel like I was perfectly within my rights. I feel like the police officers were ushering people into the Capitol. There were thousands of people there. I have no guilt in my heart.”

Ryan — who lashed out at the FBI for “raiding” her house and taking her MAGA hat – said fears that all Trump supporters will be labeled terrorists and silenced under President Joe Biden.

She added that she won’t hold it against Trump if he doesn’t pardon her.

“I’m going to support him no matter what he does,” she said.