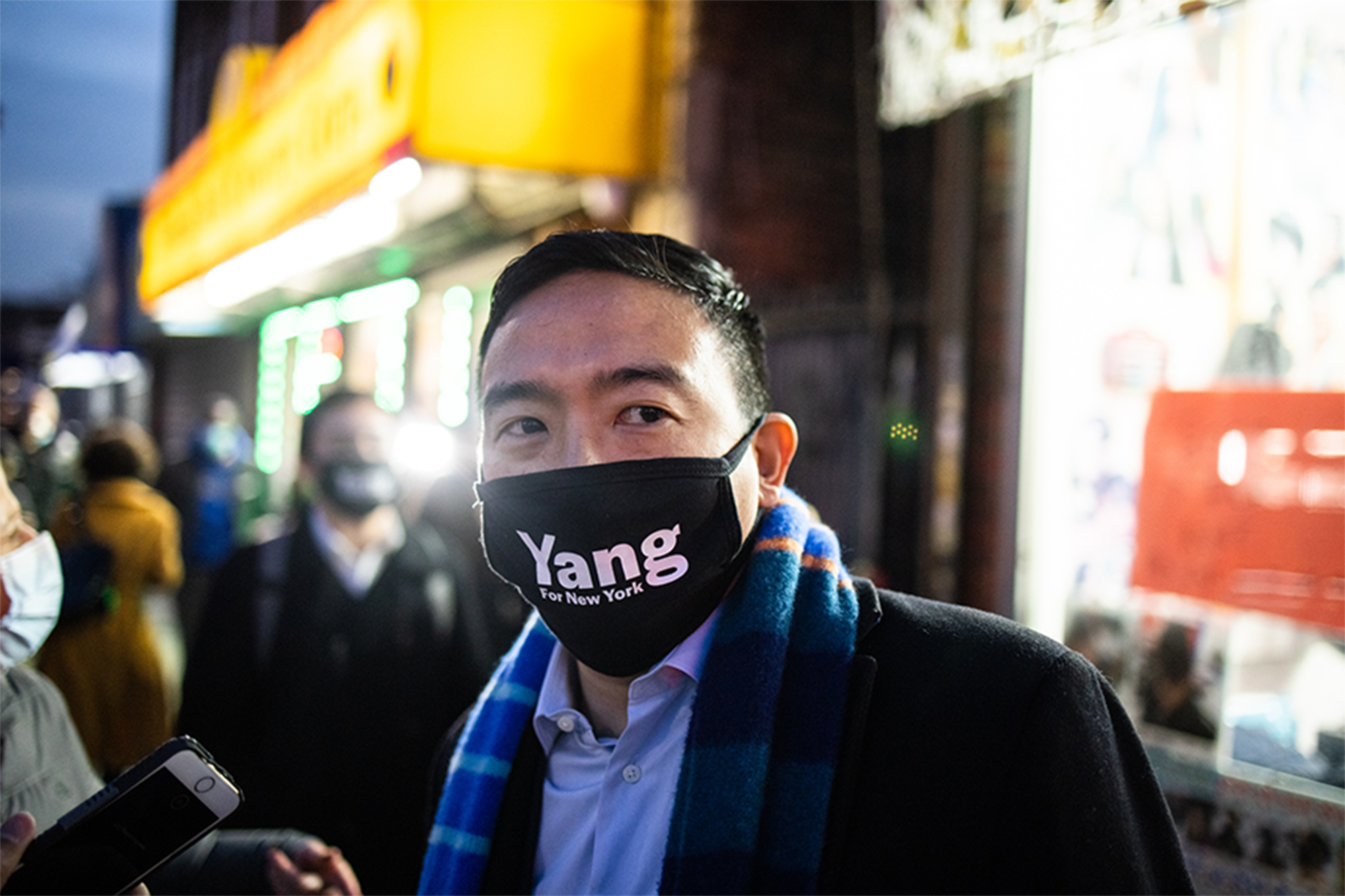 New York City mayoral candidate Andrew Yang faced a social media backlash Friday after he wrote a column in which he likened the pro-Palestine BDS movement to Nazi boycotts of Jewish businesses.

In the column, entitled “My vision for New York City’s Jewish community,” Yang said he would be a “reliable partner” by cracking down on hate crimes and instances of anti-Semitism. The former Democratic presidential candidate pledged to “push back against the BDS movement,” which he argued “singles out Israel for unfair economic punishment.”

“Not only is BDS rooted in anti-Semitic thought and history, hearkening back to fascist boycotts of Jewish businesses, it’s also a direct shot at New York City’s economy,” Yang wrote in his column for Forward. “Strong ties with Israel are essential for a global city such as ours, which boasts the highest Jewish population in the world outside of Israel. Our economy is struggling, and we should be looking for ways to bring back small businesses, not stop commerce.”

BDS, or “Boycott, Divestment and Sanctions,” is a nonprofit founded in 2005 by pro-Palestine groups seeking to pressure Israel over its presence in the West Bank. The organization calls for opposition to Israel through nonviolent means, such as boycotts, to protest alleged abuses against Palestinians in the region.

Social media critics ripped Yang over his remarks, arguing the former entrepreneur went too far by likening the BDS movement to fascism.

“At a time when actual Nazis are murdering Jews in synagogues and leading insurrections at the Capitol, it is just baffling that Andrew Yang would compare BDS to violent fascists (while playing into dangerous dual loyalty tropes),” said Amy Spitalnick, executive director of nonprofit Integrity First for America.

“Absolutely grotesque, ahistorical Nazi comparison by Andrew Yang on BDS, that is even to the right of anti-BDS organizations. @AndrewYang you need to apologize and rescind this statement now,” another Twitter user wrote.

Yang announced his intent to run for the mayor’s office earlier this month. The businessman previously drew criticism on social media after he said he had left New York City during the coronavirus pandemic because his two-bedroom apartment was too cramped.

Some progressive Democrats, including Rep. Ilhan Omar of Minnesota and Rep. Rashida Tlaib of Michigan, have publicly called for a boycott of Israeli businesses. In July 2019, the House overwhelmingly passed a resolution condemning the boycott movement.