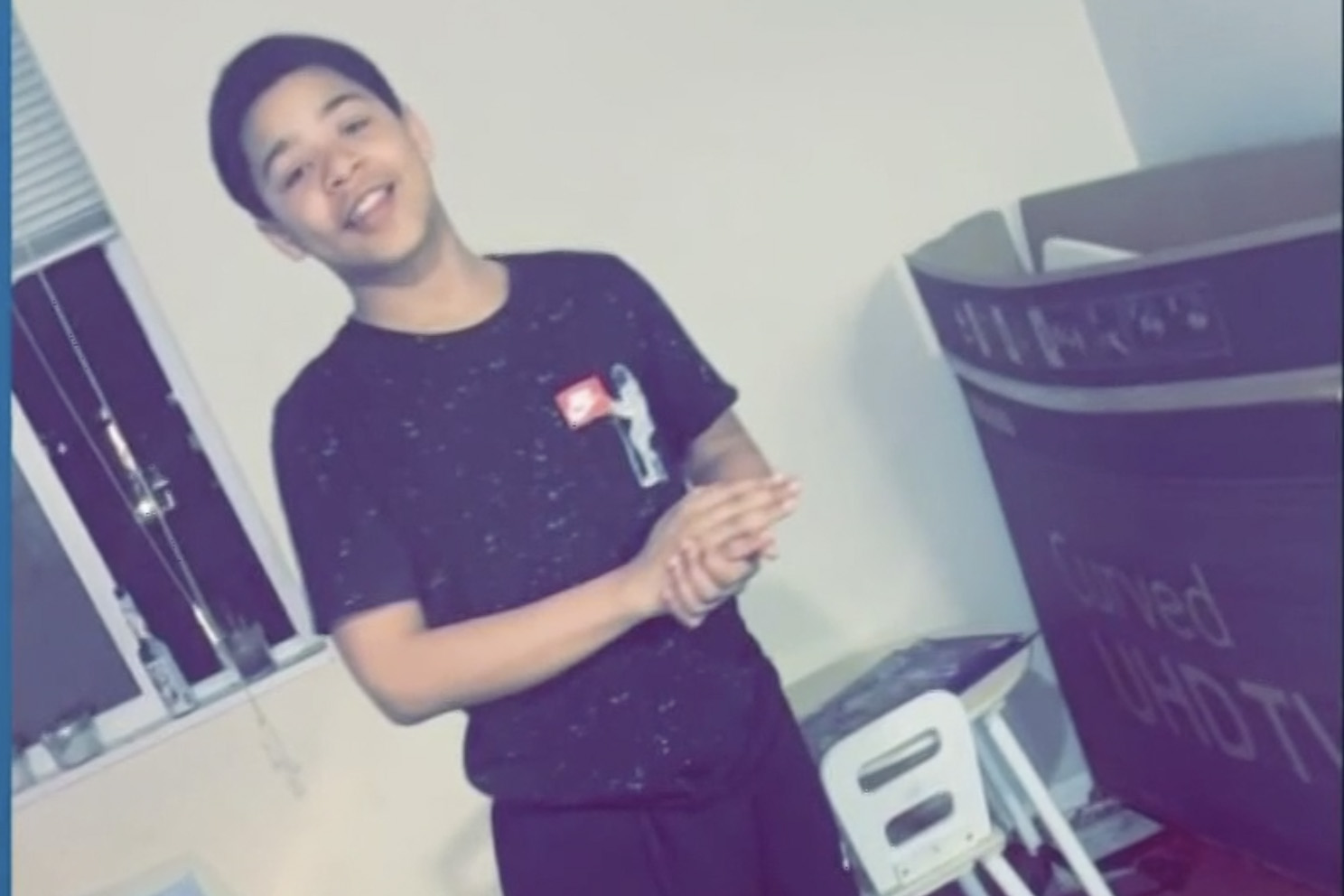 A 14-year-old Ohio boy was fatally shot just moments after kissing his mother on the cheek and taking out the trash, authorities and family members said.

Dayvion Jones was walking in his Columbus neighborhood when he was confronted by a group of men in a stolen SUV shortly after 4 p.m. Sunday, the Columbus Police Department said in a statement.

One of the men then whipped out a gun and fired at Dayvion before driving away, cops said.

The SUV later crashed at a nearby intersection, prompting the suspects to flee, police added.

Meanwhile, cops arrived at the scene and found Dayvion lying on the ground with a gunshot wound.

The teen was rushed to a local hospital where he died. No arrests have been made.

Kim Jones said she heard gunshots shortly after her son kissed her on the cheek and left the house to take out the trash.

“We hear gunshots and we’re like ‘Oh, my God, is somebody shooting at our house?’ This is how close it was,” she told WBNS.

The frantic mother then rushed out of the house to look for Dayvion, but it was too late.

“I got in the car and it’s like my car wouldn’t drive fast enough and when I got there the police, they all was pulling up but my son was in the middle of the street face down, dead,” Jones recalled.

Jones said her son — who was on house arrest because of a fight last year — wasn’t perfect but had a beautiful smile and a sense of humor.

“Dayvion, I miss him so much,” the distraught mother told the outlet. “Dayvion was everything to everybody that he touched.”