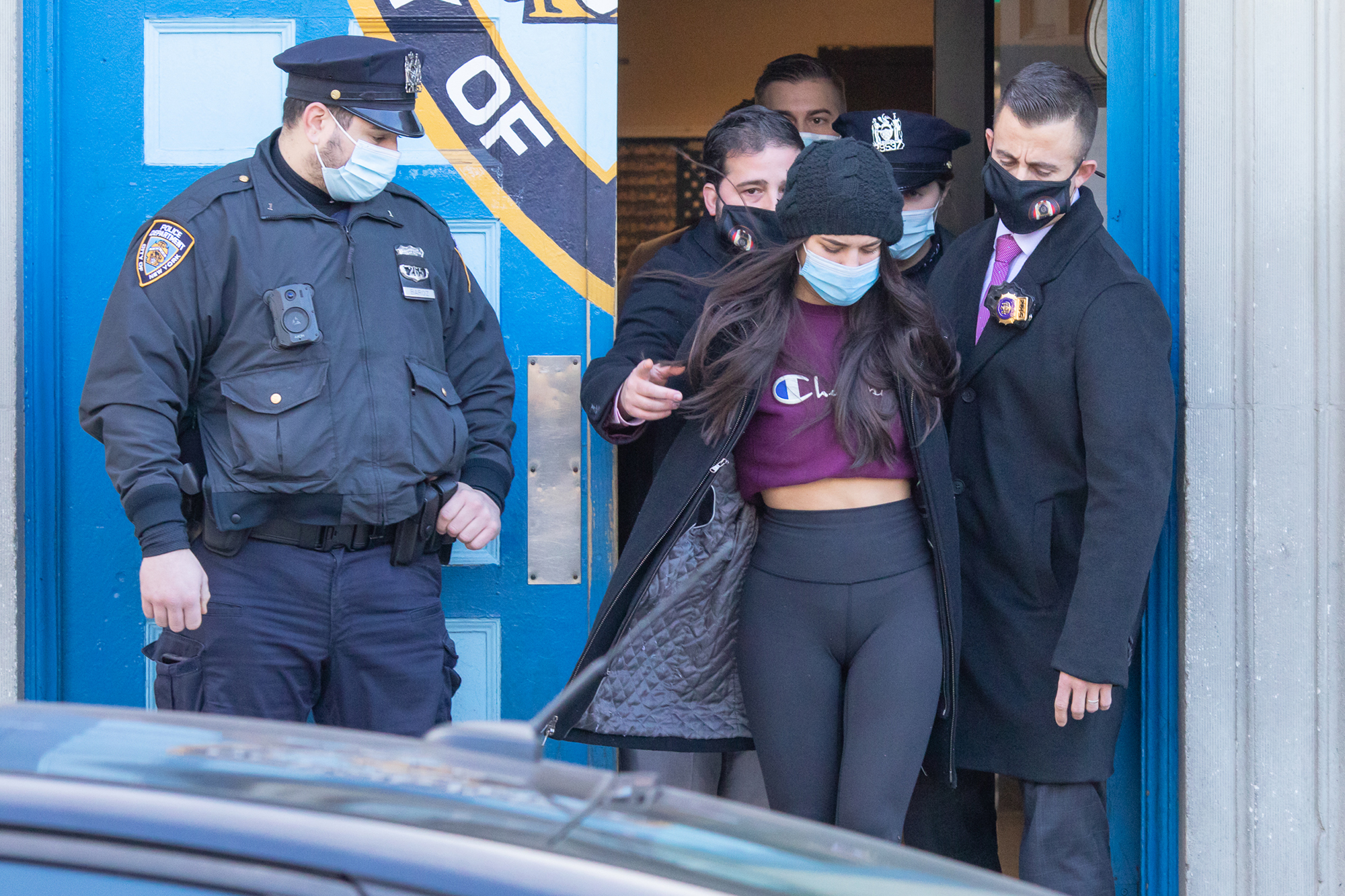 “Soho Karen” Miya Ponsetto caught a break this week when a charge of public intoxication against her was dropped in connection with an altercation at a Beverly Hills hotel last year, according to a report.

Ponsetto, 22, who has blamed the son of jazz trumpeter Keyon Harrold Sr. of stealing her iPhone, had her case in LA County Court dismissed Thursday after her lawyer argued it was an isolated incident and she had no criminal history in California at the time, TMZ reported.

Her mother, Nicole, who also was in court Thursday, pled no contest to battery on a police officer in the incident and was sentenced to 100 hours of community service and entered into a 12-month diversion program, according to the outlet.

Video has recently emerged of Ponsetto in a later incident as she fought with cops during a DUI bust in California.

She could seen in the Oct. 3 footage outside a Chevron gas station with her mom in Ventura, Calif. As an officer tries to place her in cuffs, she resisted, and he was seen wrestling her to the ground.

Her blood-alcohol level was allegedly twice the legal limit, and she was charged with DUI, resisting arrest and obstructing/delaying a peace officer or EMT.

Five days earlier, Ponsetto was placed on probation after pleading no contest to a drunken driving arrest from May 28 in LA.

On Jan. 9, Ponsetto was hauled back to the Big Apple in police custody and arraigned on charges of attempted robbery, attempted assault, endangering. the welfare of a child and grand larceny for the caught-on-camera attack on 14-year-old Keyon Harrold.

During the now-infamous confrontation, which made national headlines and earned her the nickname “Soho Karen,” Ponsetto falsely accused the teen, Keyon Harrold Jr., of swiping her cellphone before tackling him in the lobby of the Arlo Hotel in Soho.