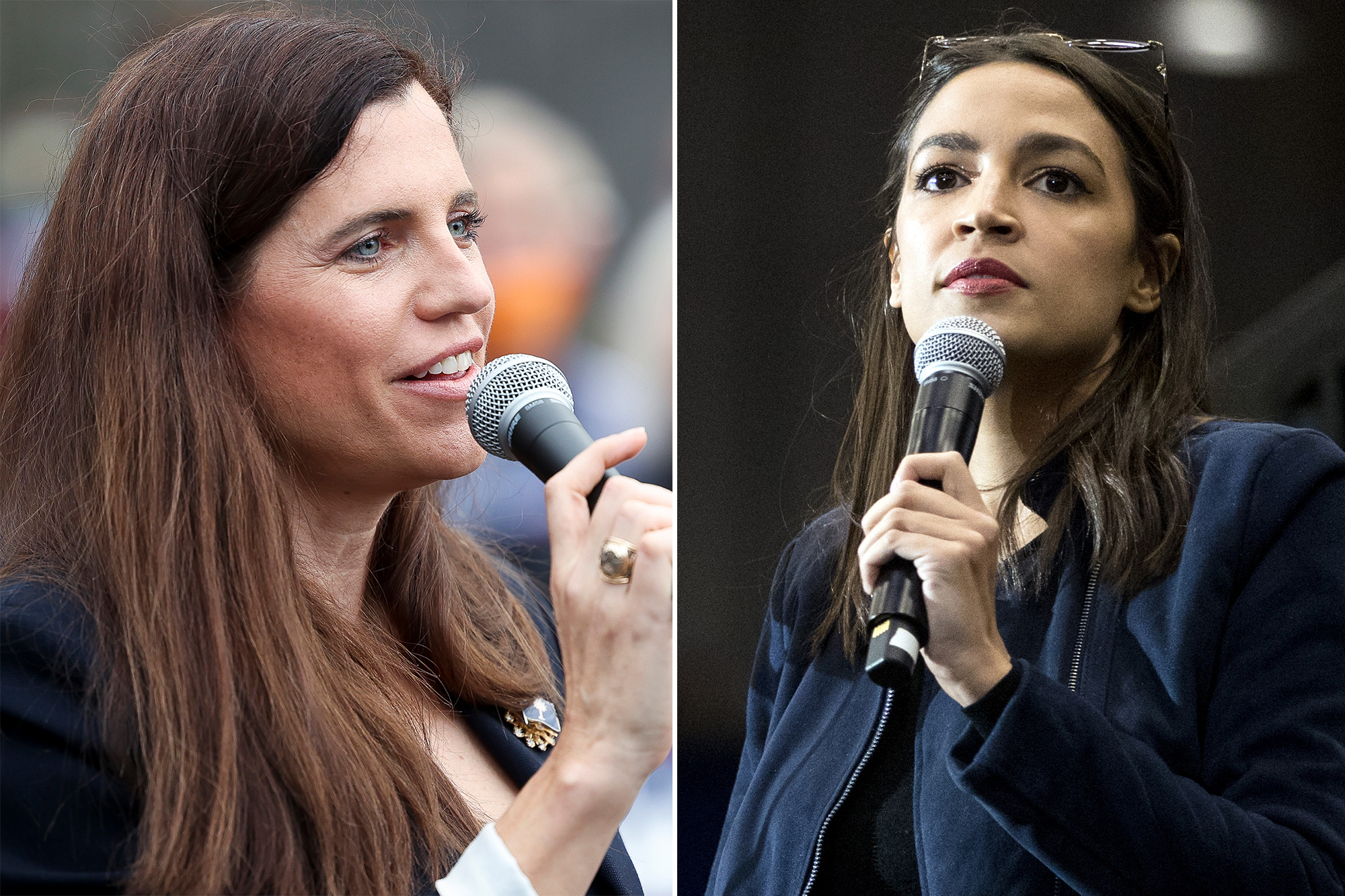 Rep. Alexandria Ocasio-Cortez is sparring with another lawmaker with an office on her floor over events that took place during the Capitol riot — which led to questions about the extent of her “trauma.”

Ocasio-Cortez (D-NY) and Rep. Nancy Mace (R-SC) have gone back and forth on Twitter Thursday after the Republican disputed some of AOC’s recollection of events on Jan. 6.

In the four weeks since the riot, Ocasio-Cortez has said repeatedly that she feared for her life, as a result of a “very close encounter” she allegedly had with rioters.

This week, the progressive pol shared more details of that encounter during an Instagram Live.

Ocasio-Cortez was in her office, which is located in the Cannon building, when rioters stormed the Capitol. The building is part of the overall Capitol complex, but is not within the Capitol building itself, where the riot took place.

She had been barricaded in her office for hours when a man, who turned out to be a Capitol Police officer, rushed into her office to direct her to a safer location for lawmakers.

The officer, AOC said, had “anger and hostility in his eyes,” making her question if he was trying to put her in a “vulnerable situation.” Still, she chose to trust him and not “pass judgment.”

The 31-year-old lawmaker then became emotional, revealing that she was a sexual assault survivor, which caused her to “struggle with the idea of being believed.”

She gave no details about the assault or when it took place.

That struggle, she said, kept her from speaking out initially about her experience at the Capitol.

The problem with her story, however, is that rioters did not storm the building in question, which was confirmed by Mace, who tweeted on Tuesday, “My office is 2 doors down. Insurrectionists never stormed our hallway.”

The accusation began to circulate on social media, resulting in the Democratic socialist getting dragged on multiple platforms including her favorite, Twitter.

The progressive Democrat challenged Mace’s assessment that their hallway was safe from “insurrectionists” Thursday and slammed the lawmaker for what she called “a deeply cynical & disgusting attack.”

“As the Capitol complex was stormed and people were being killed, none of us knew in the moment what areas were compromised. You previously told reporters yourself that you barricaded in your office, afraid you’d be hurt,” Ocasio-Cortez wrote to her House colleague on Twitter.

The Democrat then retweeted a post from Mace on the day of the riot in which she shared video of the mayhem and wrote, “Just evacuated my office in Cannon due to a nearby threat. Now we’re seeing protesters assaulting Capitol Police. This is wrong. This is not who we are. I’m heartbroken for our nation today.”

“This was what you were saying just a few weeks ago,” AOC wrote in her retweet. “Now you’re contradicting your own account to attack me for Fox News clicks. It’s honestly pretty sad to see you turn around like this and throw other people under the bus. Thought you’d be better.”

The lawmaker did not stop there, going on to ask Mace “who else’s experiences will you minimize? Capitol Police in Longworth? Custodial workers who cleaned up shards of glass?”

The liberal lawmaker went on, seeming to compare the experience of having her account of events being scrutinized to abuse survivors and combat veterans.

“All I can think of w/ folks like her dishonestly claiming that survivors are exaggerating are the stories of veterans and survivors in my community who deny themselves care they need & deserve bc they internalize voices like hers saying what they went through ‘wasn’t bad enough,’” Ocasio-Cortez wrote.

“This is where the true damage of what @NancyMace is doing comes in,” she continued.

“How many survivors are watching her? Who now, seeing her, won’t get care or will feel further shame or silence? Who won’t speak up bc they know there are voices in leadership ready to minimize their experiences?”

“How many food workers or custodial workers or Capitol Police officers, who ran for their lives in Longworth or feared for their families in the weeks after the attacks, now think their terror is less valid because of her statements? Mace’s attacks are attacks on them, too,” her final tweet on the matter read.

In response, Mace wrote on Twitter about half an hour later, “I have not once discounted your fear. We were ALL terrified that day.

“I’m stating the fact that insurrectionists were never in our hallway,” the Republican continued, “because they weren’t. I deal in facts. Unlike you, apparently.”