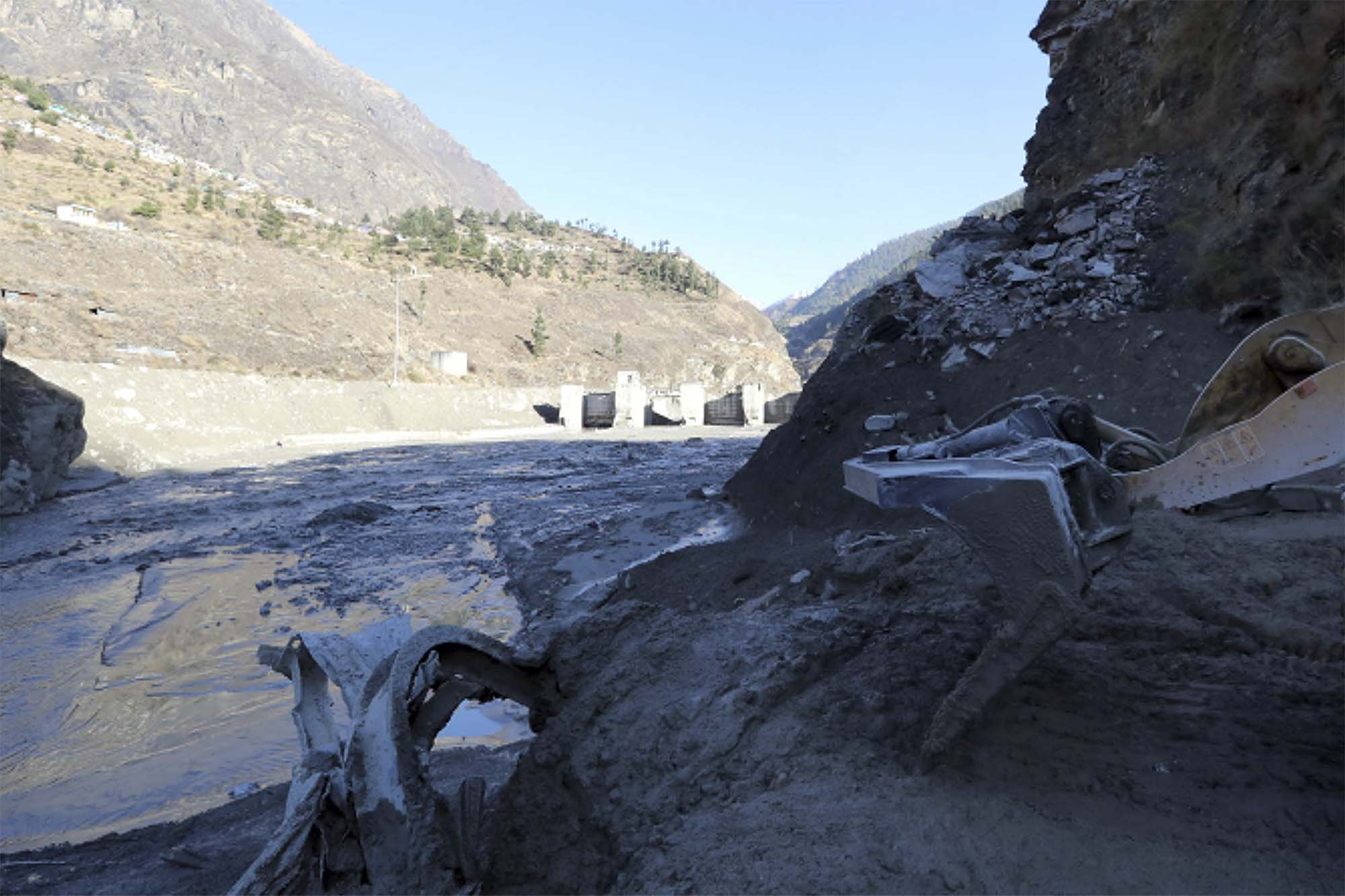 The death toll in India from a flash flood caused by a Himalayan glacier breaking off rose to at least 26 Monday, as rescuers continue searching for about 200 missing people, according to officials.

The broken chunk of the Nanda Devi glacier sent a wall of water and debris barreling down a valley early Sunday, smashing through two dams and destroying bridges and roads as it hit two hydroelectric power plants.

A team of scientists flew to the region Monday to work out what caused the disaster — with some experts already blaming global warming.

Whatever the cause, “Everything was swept away — people, cattle and trees,” said Sangram Singh Rawat, a former village council member of Raini, the site closest to one of the damaged hydro-electric plants.

Workers have recovered at least 26 bodies. More than 2,000 members of the military, paramilitary groups and police continued a massive search-and-rescue for around 200 people still missing.

Most of the missing were workers at the two power plants, with 37 known to be stuck inside a 1.5-mile tunnel that filled with mud and rocks.

“The tunnel is filled with debris, which has come from the river. We are using machines to clear the way,” said H. Gurung, a senior official of the paramilitary Indo Tibetan Border Police.

The floodwaters also damaged homes, but it was unclear how many residents were dead or missing. Government officials airdropped food packets and medicine to at least two flood-hit villages.

As scientists examine the cause of the glacier breaking, some have noted that it snowed heavily last week in the Nanda Devi area, possibly causing an avalanche when it started melting.

Others are already blaming global warming, noting the overall melting and breakup of the world’s glaciers.

“This looks very much like a climate change event as the glaciers are melting due to global warming,” said Anjal Prakash, research director and adjunct professor at the Indian School of Business.

The disaster also raises questions about the strength of the dams.

“The dams are supposed to withstand much greater force. This was not a monsoon flood, it was much smaller,” said Himanshu Thakkar, coordinator of the South Asia Network of Dams, Rivers and People.