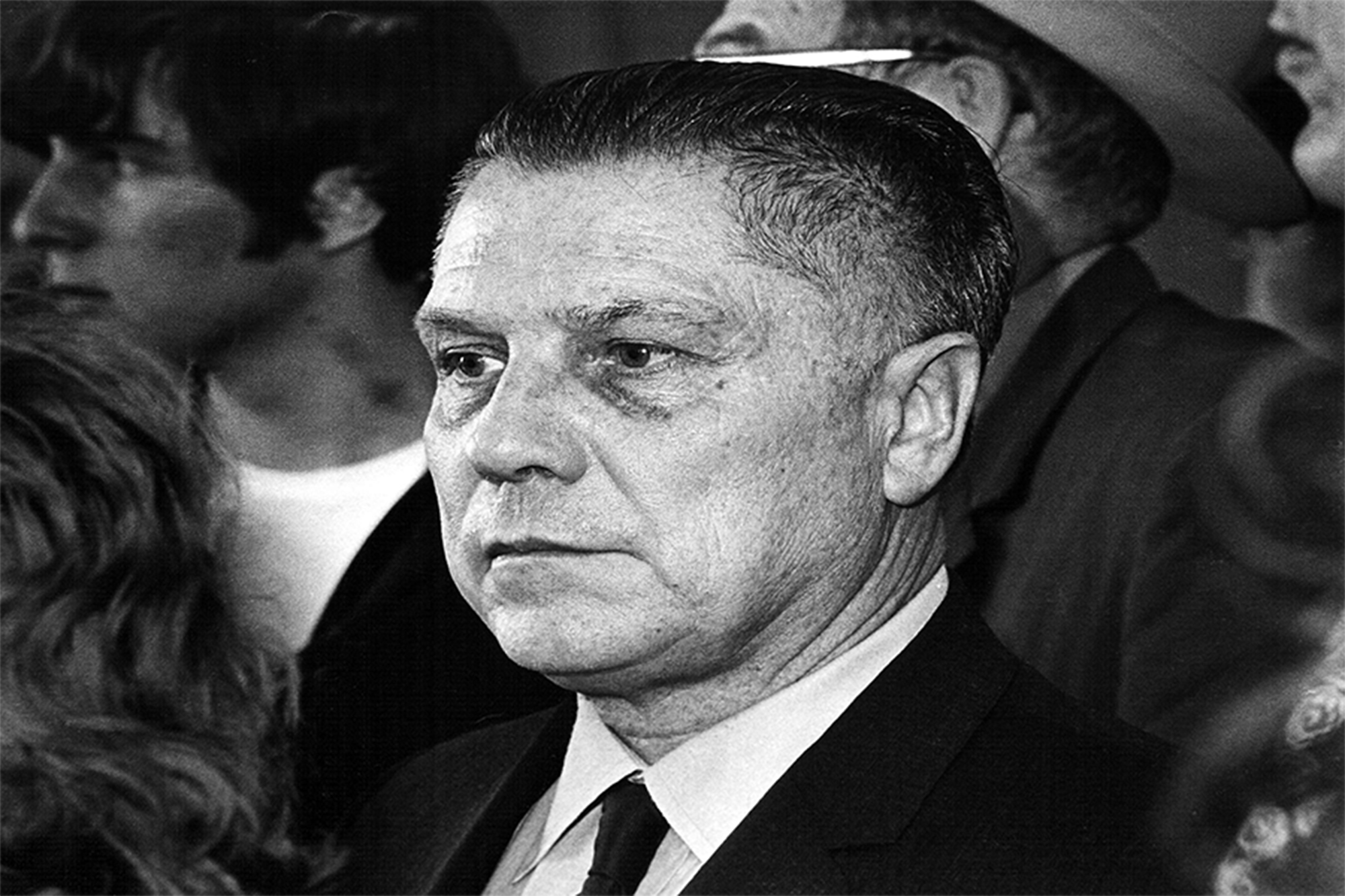 What happened to Jimmy Hoffa may soon be known, if the government reveals what it has kept hidden for decades.

What happened to Jimmy Hoffa may soon be known, if the government reveals what it has kept hidden for decades.

“It would be fantastic closure for the Hoffa family, for those who knew him, and for the American public,” says Congressman Lee Zeldin, R-N.Y. He has filed a formal Congressional request to open the FBI Hoffa case files to the public.

Zeldin has submitted what is known as a “Congressional Mandatory Declassification Review” on the Hoffa case to the Department of Justice, seeking the public release of tens of thousands of pages of documents, interviews and reports that the government has kept under wraps since Hoffa vanished in 1975.  He and others believe that if the full account of what authorities have uncovered in the decades long case is revealed, the answers about Hoffa’s fate, and who killed him, will finally be known.

“We have a process in our country, once you get past 25 years or so, that items like this should be declassified and released publicly and here we are, it’s been 45 years. You still have members of the Hoffa family, members of the Teamsters, and the public interest in this information. It is a message to let them know that Jimmy Hoffa has not been forgotten. His legacy lives on and we will not rest until we get these answers,” says Zeldin.

The declassification request zeros in on several specific points raised in the Fox Nation series that is now streaming, “Riddle, The Search for James R. Hoffa.”

“You’ll see these papers being released to the public,” says former federal prosecutor Alex Little. “I think it can work. I think the question for the FBI is, how important is it to you to let the public know what happened? And I think these sorts of crimes that are infamous, that do get a lot of public attention, are exactly the ones that are important for the public to know about.”

The latest episode of “Riddle” reports on the claims that Hoffa’s remains were transported from Detroit, where he was murdered by mobsters on July 30, 1975, and buried in a steel drum next to a mob-connected dump in Jersey City, New Jersey. The property, the PJP Landfill, was co-owned by Genovese crime family mobster Phillip “Brother” Moscato and businessman Paul Cappola. The F.B.I. searched the landfill, known as “Moscato’s dump,” a few months after Hoffa vanished, acting on a tip from mobster turned informant Ralph Picardo and other information gleaned from mafia wiretaps and information. Hoffa’s body was not found, but the exact spot where he allegedly remains buried was not  dug up by authorities, because it rests a few feet from the dump’s property line and was technically not part of the search area.

“Here you have evidence that Moscato’s dump is possibly where Jimmy Hoffa is buried,” says Zeldin. “The FBI had gone there in the past, they tried hard and maybe they weren’t searching the right sites, for whatever reason. They were unsuccessful, but Jimmy Hoffa could still be buried there. And if what has been provided through your good work, going back to the early stages of this investigation, Moscato’s dump would really still, to this day, be the resting site for where Jimmy Hoffa was buried and still remains today.”

The request includes a full declassification of FBI reports and memos dealing with the investigation, as well as “the interview of Ralph Picardo and report of Picardo leading FBI agents on December 11, 1975 to ‘Moscato’s Dump’ by FBI agents in Newark and Jersey City, New Jersey.” It also asks for bureau interview transcripts of  high level Detroit mobsters believed to have been involved in the killing, among other material.

Some of the Hoffa FBI files have been partially released under Freedom of Information lawsuits filed decades ago by the Hoffa family and the Detroit Free Press newspaper, but the vast majority of material remains secret. Page upon page was redacted, blacked out, by the government decades ago with authorities citing the on-going investigation at the time.

“A well-known American citizen vanished in broad daylight from a public street in an American city without a trace. There are countries where that is a daily occurrence, but that cannot be tolerated in America,” says Dan Moldea, the Washington, D.C. author and journalist who first started investigating Hoffa’s disappearance when it happened. He is the author of the landmark book, “The Hoffa Wars,” first published in 1978.

Frank Cappola, whose father Paul co-owned Moscato’s dump,” told Fox Nation and Moldea that it was his father who buried Hoffa in a metal drum at the site. Cappola, who died last year, had shown Moldea the exact spot. In the latest episode of “Riddle,” Fox Nation’s ground-penetrating radar detected multiple buried pieces of curved metal, possibly drums, and a filled-in excavated pit where Cappola said his father dug a 12-foot deep hole and dumped the drum containing Hoffa’s remains. The small plot of land is currently owned by the New Jersey Department of Transportation.

“I applaud the FBI for its ongoing efforts to investigate the Jimmy Hoffa murder when the evidence, the timelines, and the cast of characters are in alignment.  But, after 46 years, it is also important to obtain full disclosure of the complete record of the case, especially when official methods and sources are not compromised.”

Little, the former federal prosecutor, says the FBI will weigh the sensitivity of the still classified material, along with legal issues. But he thinks that it is past time that the files come out.

“Ultimately I think you will see the information and these papers disclosed to the public. I think you’ll see that because this is the sort of crime, the sort of investigation, that the public has the most interest in learning the facts about. It is important U.S. history. It is important FBI history. This entire investigation is something that I think the public, and you will see members of Congress who are interested in getting it out, deserve to know about,” says Little.

“We are talking more than 40 years after a crime, there is no crime to prosecute. The public interest is greater.”

“It is critical that the FBI release these specific documents which will help expose the truth behind the killing of Jimmy Hoffa,” Zeldin wrote to the DOJ

Like many Americans, the Congressman has been fascinated by the lingering question of what happened to the iconic and revered labor leader.

“I’m 40 years old, and throughout my entire life I can’t tell you how many times I have heard conversations around me of people talking about where Jimmy Hoffa is buried, who is responsible for his murder and so many other unanswered questions. Many of those answers can be provided, and the very least critical clues, in the release of the items we request in this mandatory declassification review.”

“Violent crimes leave behind victims,” notes Little. “I think part of our goal isn’t just to prosecute people and put them in jail, but to serve victims as best we can. Releasing this information might help the victims and the victims’ families have some sort of closure about what happened to their family member.”

Don't Miss it Newsom appears to post TikTok inside restaurant, denies eating there
Up Next How to watch Donald Trump’s speech at CPAC