A 7-year-old girl was killed by security forces in Myanmar Tuesday — believed to be the youngest victim of the country’s military crackdown following February’s coup.

The girl was killed at her home in Mandalay, a major center of opposition to the Feb. 1 takeover of Aung San Suu Kyi’s elected government, family members said.

The girl, identified as Khin Myo Chit, was sitting on her father’s lap inside her home and was hit by a bullet that was intended for him, local media outlet Myanmar Now reported.

Her teenage brother was also arrested.

Police and soldiers have fired indiscriminately into crowds and detained civilians as opposition protestors use a variety of civil disobedience tactics aimed at the steering the nation back towards democracy.

The military said 164 protestors have been killed, but the Assistance Association for Political Prisoners activist group believe the death toll to be at least 261. The true total is likely much higher.

More than 20 children are among the victims, according to Save the Children, a human rights group.

The ruling junta has accused pro-democracy protesters of arson and violence, and claimed to not be using excessive force to stamp out the daily demonstrations. 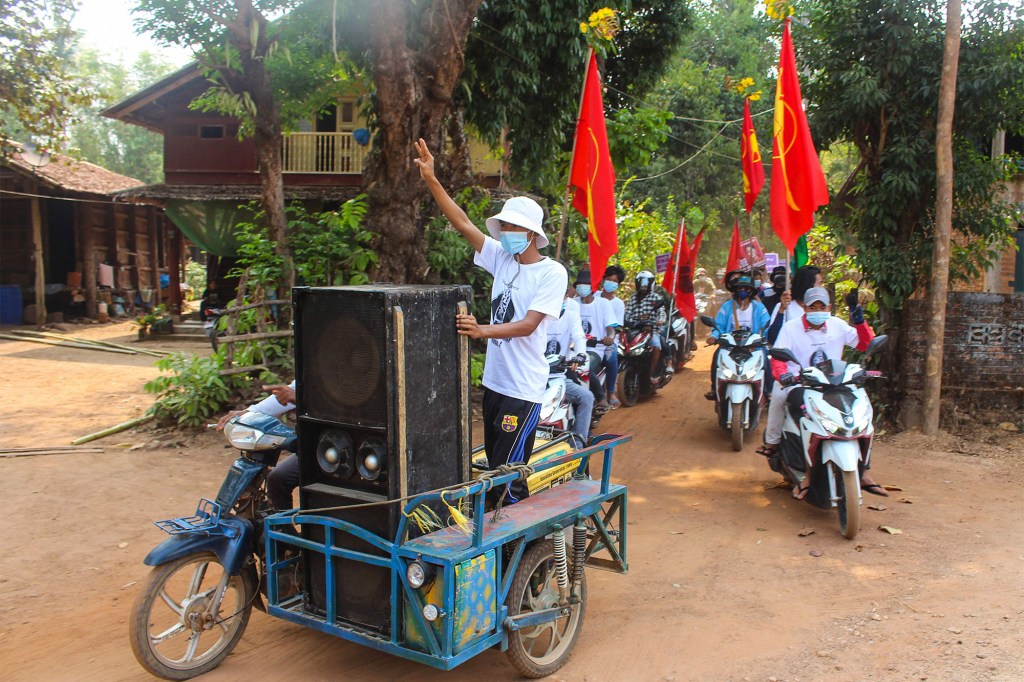 A protester makes the three-finger salute as he rides in a vehicle with a speaker system during a demonstration against the military coup through various villages in Dawei. 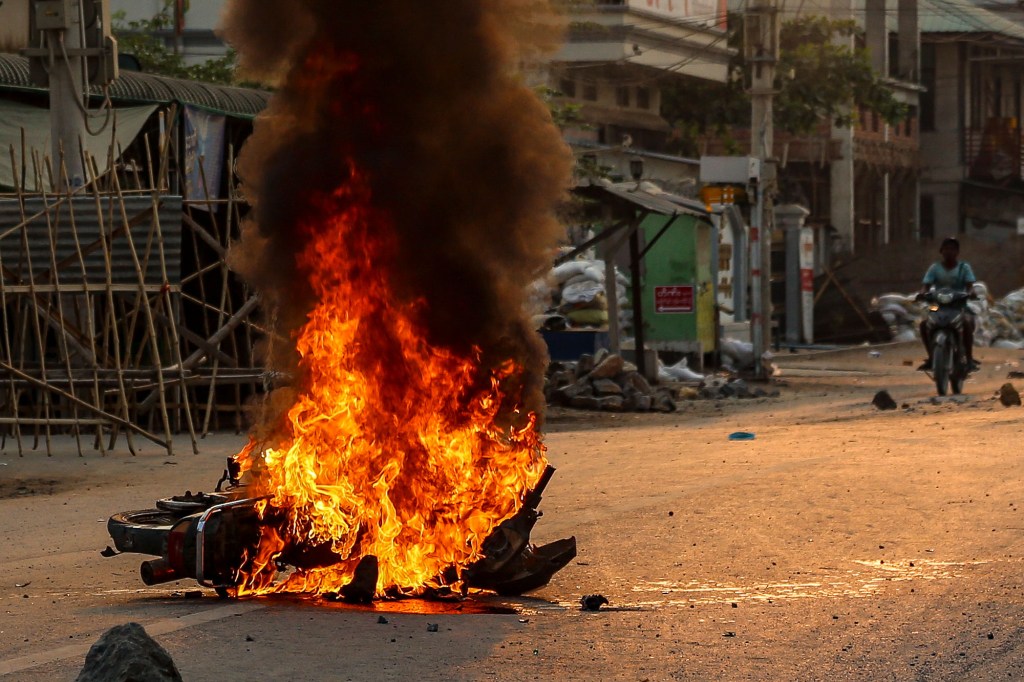 LAKELAND, Fla. — As the Yankees held their breath for…

“They are also our citizens,” military spokesman Zaw Min Tun said at a press conference as he blamed protestors for their deaths, while accusing the media of fanning the unrest.

Tun did not comment on the girl’s death, which came soon after a 14-year-old boy was reportedly shot dead in Mandalay.

“The death of these children is especially concerning given that they reportedly were killed while being at home, where they should have been safe from harm. The fact that so many children are being killed on an almost daily basis now shows a complete disregard for human life by security forces,” Save the Children said. 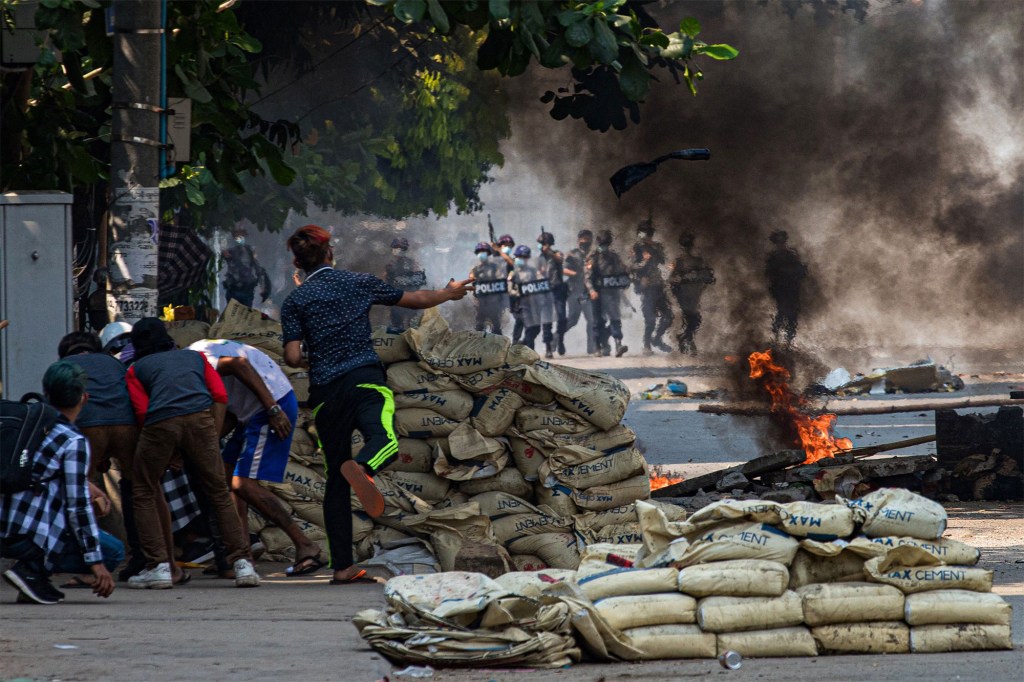 A protester throws a projectile towards security forces as others shelter behind a barricade. 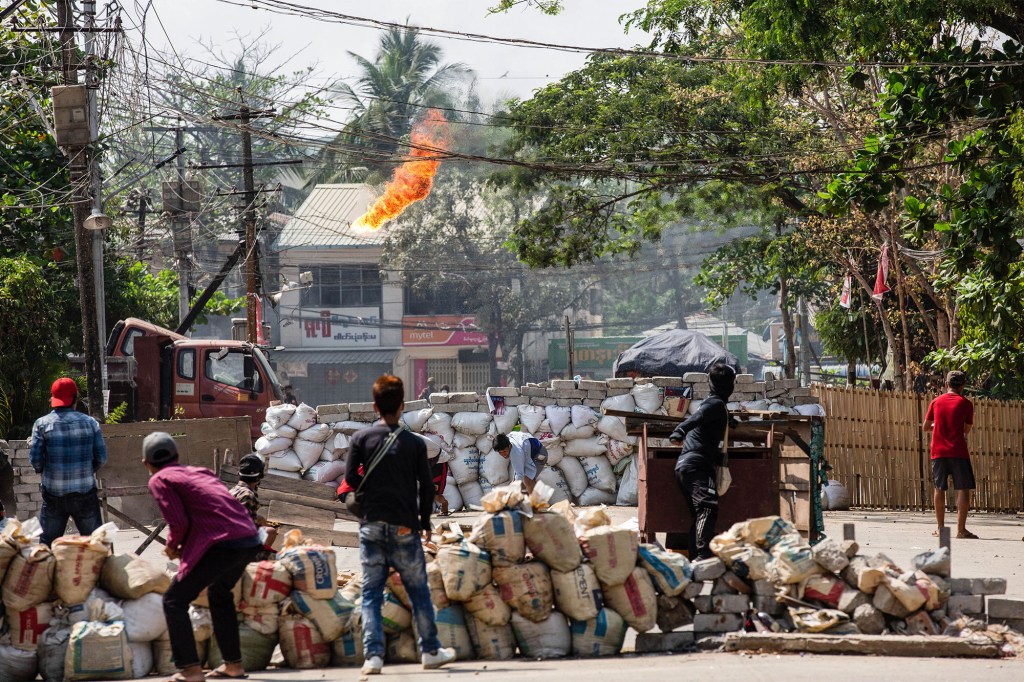 An anti military coup protester throws a molotov cocktail toward the police and military.

LAKELAND, Fla. — As the Yankees held their breath for…

The violence comes amid widespread international condemnation of the coup led by Senior General Min Aunt Hlaing, commander in chief of the Myanmar defense forces.

Suu Kyi, a 1991 Nobel Peace Prize laureate who was elected to office in 2011, remains detained by the junta.