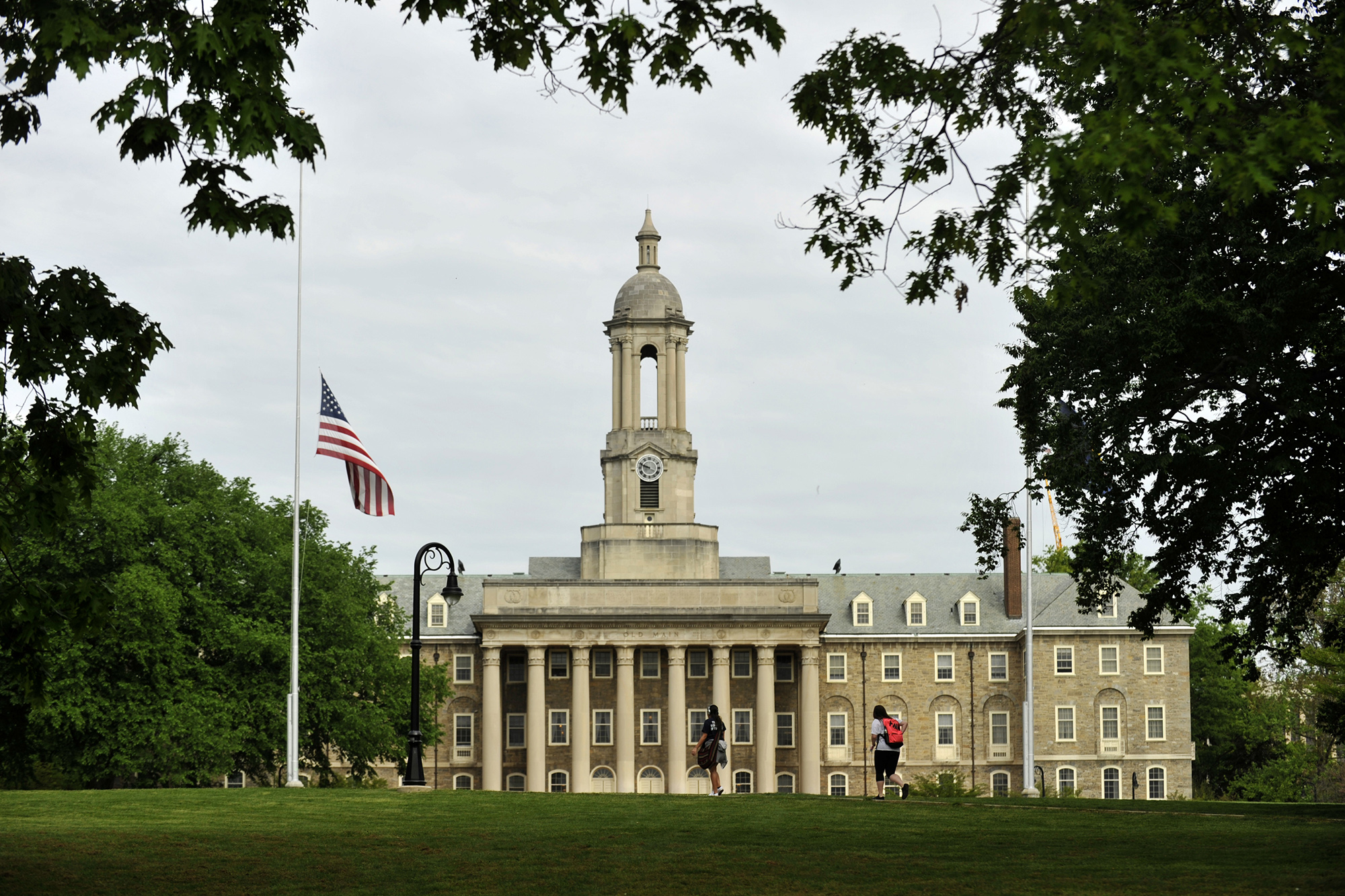 Pigskin powerhouse Penn State has jumped on the woke wagon.

The sprawling public university will replace pronouns such as he/him/hers with they/them/theirs; replace traditional student designations such as freshman and sophomore with “first year” and “second year” and; replace “underclassmen” and “upperclassmen” with “lower division” and “upper division,” according to Penn State News.

The Preferred Name and Gender Identity Policy was passed by Pennsylvania State University’s Senate Committee on Curricular Affairs on April 27.

“Terms such as ‘freshmen’ are decidedly male-specific, while terms such as ‘upperclassmen’ can be interpreted as both sexist and classist. Terms such as ‘junior’ and ‘senior’ are parallel to western male father-son naming conventions, and much of our written documentation uses he/she pronouns,” states the resolution.

“It is time to close the loop and ensure that all people are not only able to choose their name & gender identity within our systems, but that these documents and systems are also structured to be inclusive from the start.”

The decision was mocked by some people on social media.

“I am at my wit’s end with all of this stupidity,” said one Penn State parent on Twitter.

Asked Bill Bressier on Twitter, referencing the school’s sports teams’ nickname: “How long is that until the ‘Nittany Lion,’ which is a male term, is replaced by the gender neutral, correct subspecies ‘Eastern Cougar?’”

Penn State will also no longer use the phrase “super senior” to denote those students whose studies last beyond the traditional four years. They will instead be called fifth-year (or beyond) students.

Penn State announced in 2018 that it was dropping the titles homecoming “king” and “queen.”

Don't Miss it Body of missing KPMG executive Alan White found in Texas
Up Next Biden admin diverts $2B from COVID, health funds to care for migrant kids